The latest Jon Peddie Research (JPR) paper on the balance of power in the gaming market once more highlights AMD’s dominance in the overall gaming hardware sector. But despite having both the major consoles, Nvidia are catching up.

According to the latest figures AMD hardware made up 53% of the 66 million gaming GPU install base, but that’s not just based on the PC market. The research paper is including both the major Microsoft and Sony consoles with AMD silicon inside of them. But it’s interesting to note that figure has dropped from a high of 56% back in 2017, and is expected to drop again when this year’s numbers are tallied.

JPR is predicting that Intel and Nvidia will continue to eat into AMD’s annual market share, and it looks like this is without taking into account the Nvidia hardware inside Nintendo’s phenomenally successful Switch console. They’re expecting that in the relative annual gaming GPU market of 2018 there will be more than 70 million units counted in the market, with Nvidia pushing up to 32% and AMD dropping down to 51% of that total.

Still, those are great numbers for AMD, and because of their console hardware dominance allows them to rightfully claim they produce the hardware that most gamers in the world play on. Unfortunately most of the people gaming on AMD-powered consoles have no idea whose silicon is making their games look awesome. 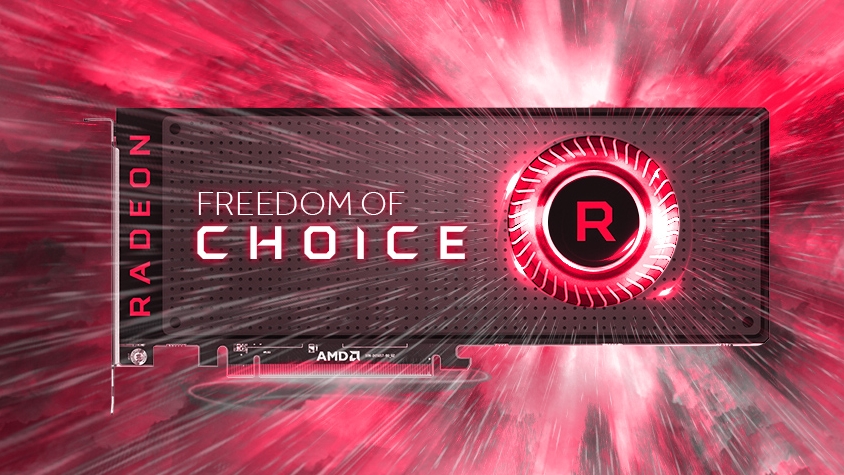 There’s also the fact that the amount of money spent on PC gaming hardware completely overshadows the cash dropped on console hardware. It may sound like a lot when JPR claims the console market was worth $5.56 billion in 2017, but with the PC gaming hardware market being worth more than six times as much, at $33.5 billion, that’s where the real money is being made.

With Nvidia making up around 80% of the PC graphics card market, those aren’t such great numbers for AMD. Especially considering the market is expected to rise to $35 billion by 2020 and there aren’t any new Radeon GPUs likely to arrive in the PC space until 2019 at the earliest.