AMD has wrapped up its Q2 2018 earnings call, and it’s blue skies for team red going into the second half of 2018. Off the back of positive Ryzen and Epyc sales, AMD’s second quarter revenue has reached $1.76 billion, a 53% increase over Q2, 2017 and the highest net income the company has posted in seven years.

The continued success of the company’s popular Ryzen processors has kept AMD’s Computer and Graphics segment soaring well above the water. Ryzen unit shipments grew double digits over Q1, and AMD CEO, Lisa Su, attributed this to an increase in demand for Ryzen mobile processors – more than doubling shipments in Q2.

That’s a little surprising considering the last news we heard from AMD’s mobile front was that it was apparently a “no-show”. The report from analyst firm Susquehanna outlined a poor laptop share of 3.2% for AMD in Q2, with Ryzen Mobile accounting for only 0.5% of the sliver of the market. However, AMD has evidently rendered these early figures moot. 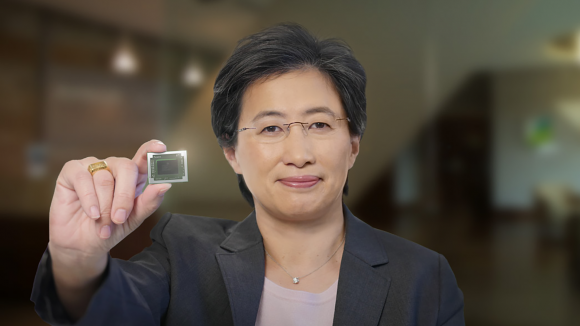 Q2 was when demand from cryptocurrency miners had well and truly faltered, leaving some companies, including Nvidia, with massive losses compared to the first quarter of 2018 when everything was rosy for Bitcoin miners and GPU manufacturers. AMD was expected to be hit harder than anyone else by the mining crash, however, the results aren’t quite as bad as many expected.

That equates to a revenue decrease of $59.4 million from Q1 to Q2 due to blockchain demand faltering, which is obviously an unholy amount of money, however, only results in a three percent quarter-over-quarter loss for the Computing and Graphics segment in Q2: totalling $1.09 billion in revenue. Nvidia, on the other hand, estimated losses around $190 million due to the cryptocurrency GPU dip, however, the green team’s overall revenue was 1.94 billion for its Q1, 2018.

It’s all come crashing down for crypto demand in Q3, however, so that six percent blockchain revenue seems likely to drop even further once Q3 wraps up. Then it’ll be up to AMD’s Navi graphics cards to drive sales in the gaming segment to make up lost sales next year. 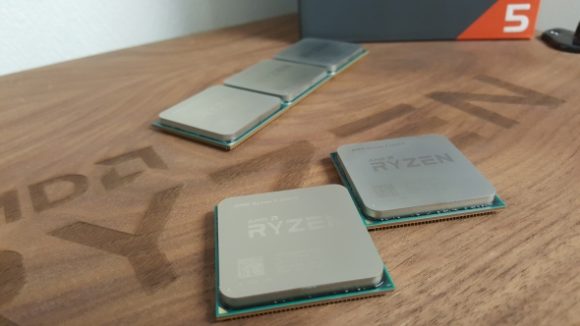 Unless there’s a monumental rally for Bitcoin, of course. But even while the dominant crypto has started to creep up in value this last month – now valued at $8,270 – after consistent lows all year, that seems unlikely.

“We bet heavily on 7-nanometer,” Su says. “We thought 7-nanometer would be a big node for the industry.”

And AMD expects the 7nm node in both Radeon, Ryzen, and EPYC server products to propel them through the rest of the year and into 2019. It might be a strong gambit, too. Intel is evidently struggling with 10nm, while AMD’s two fab partners, GlobalFoundries and TSMC, seem to be steaming ahead with 7nm and showing no signs of stopping.

AMD’s strategy to maintain its momentum ever since the first Ryzen processors launched back at the start of 2017 looks to be paying off. From pointed questions regarding the company’s looming bankruptcy, even as recently as 2015, to pulling back market share from the seemingly unstoppable behemoth that is Intel… the company’s trajectory will be one to watch over the next few years.