Look, another new AMD graphics card. How exciting?! Well, the real answer seems to be: not very exciting at all. In fact, if you’re in China, AMD’s graphics card stack is actually getting mildly insulting. According to the Chinese version of the AMD website it is launching a ‘new’ RX 580 across that territory, except with a cut-down Polaris GPU at its heart.

How cut down? Think RX 570 level and you’ll be mighty close. So close in fact as to be almost dead-on. Yes, the new AMD RX 580 2048SP is like the previous AMD RX 580, in the same way that it’s like an RX 570, containing as it does the same 2,048 streaming processors as the RX 570. Not only that but it also has the same overall core configuration too, so you get the same 128 texture units and 32 ROPs as the standard second-tier Polaris. It doesn’t stop there either, the 1,168MHz base clock is the same, as is the 8GB of 7Gbps GDDR5 memory.

In fact the only the only difference between the RX 580 2048SP and the RX 570 is that the newer GPU has a 40MHz higher boost clock.

As far as we’re aware the RX 580 2048SP is only going to be sold into China as it’s only showing up on the AMD China site. Fingers crossed it’s unlikely to find its way West to confuse the fun out of GPU buyers over here too.

With all the recent rumours of either a new AMD RX 680 or RX 590 graphics card soon set to launch from the Radeon skunkworks the GPU landscape has started to look rather more interesting. On the one hand, the RX 680 launching with a refreshed Polaris 30 GPU running on a more efficient 12nm LP node, with a higher clock speed, would justify the numerical generation bump. On the other, an RX 590 with only a clock speed bump makes sense as only a modest step-up from the RX 580.

But AMD does love a rebrand. And occasionally a largely unnecessary rebrand at that. It’s tough to see the RX 500-series cards as anything other than an exercise in rebadging GPUs, where the Polaris Enhanced chips were little more than simply the byproduct of a years’ worth of manufacturing efficiencies. 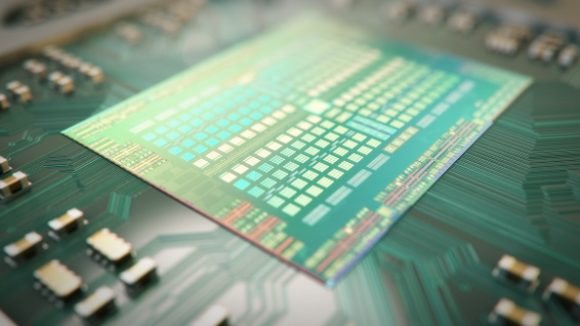 Literally all that changed with those cards was the addition of a completely superfluous ‘X’ to try and make it seem like there was a new set of cards that OEMs could drop into their pre-built gaming PCs.

Still, whatever the naming shenanigans it’s looking more and more likely that AMD is spinning up its GPU fabs again to bring the world new mainstream graphics cards. And that can only be a good thing. Unless they’re just downgrades. And unnecessarily expensive.