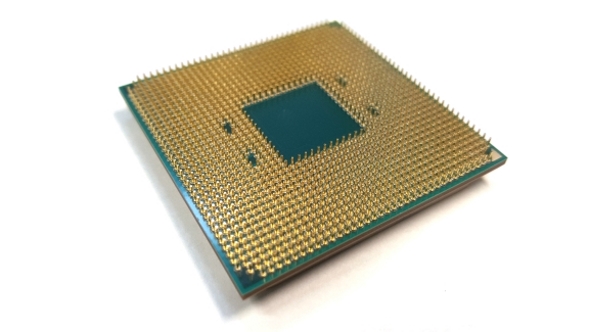 The latest ‘leaked’ presentation slides purports to show an April 19 release date for the upcoming AMD Ryzen 2 CPUs. Though they look about as genuine as a naughty Hollywood exec’s apology.

You know we’re getting near to the launch of a new set of gaming hardware when the level of leaking hits fever pitch. We’re obviously getting near that with the upcoming second generation Ryzen chips because freshly redacted benchmarks and hastily cobbled together slides are starting to appear on a regular basis.

This latest comes via Videocardz who found a bunch of slides from Spanish language site, El Chapuzas Informatico. They’re claiming these slides are a world exclusive first look at the official presentation AMD will give around the launch of their Ryzen 2 Pinnacle Ridge processors.

If I were feeling at my most generous I’d call them a broad infographic based on all the rumoured specs and model numbers that have been floating around the intermawebs for the last few months. But I’m not, I’m feeling old and grouchy, so I’m just going to call them faked slides, and pretty poorly faked ones too. 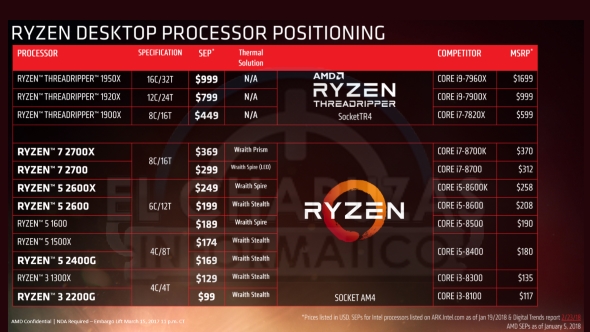 The one that really stands out is the processor positioning slide. The small print at the bottom of the slide indicates that it’s a confidential doc, with an embargo that lifts on March 15. Last year. Yes, 2017. Setting the non-disclosure agreement a whole year in the past would make it tricky to enforce right now… I’d expect a lot more of that presentation to have hit the net by now if that’s the timing of the real NDA.

The slides also list the competition’s processors, included unreleased Intel Coffee Lake CPUs with prices apparently cribbed from a Digital Trends report. If AMD started basing slides from official presentation on unreleased chips that would be pretty odd too.

The 400-series motherboard slides look suspect too, in particular the one about the BIOS schedule where the Pinnacle Ridge processors are suddenly just being referred to as ‘Pinnacle.’ They’re citing ASRock and Biostar as the ones to have already released their compatible 300-series BIOS, with the other big motherboard players not releasing theirs until mid-March. 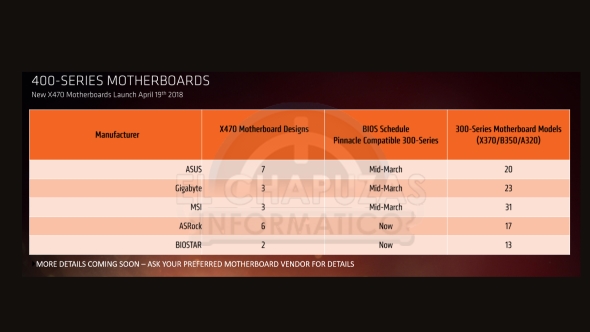 That’s likely based on the BIOS download pages of Biostar which refers to their one Raven Ridge BIOS the AGESA Pinnacle PI 1.0.0.0a update. And it’s still in Beta. All the other motherboard manufacturers – which according to the slide don’t have the same BIOS support – list the AGESA 1.0.0.0a update as part of their February updates.

And don’t get me started on the clusterfrak that is the XFR 2, XFR 2 Enhanced, and Precision Boost Overdrive stuff. If AMD really want to complicate the positioning of their new CPUs then that would be a good way to go about it…

Whatever, the second-gen AMD Ryzen chips are going to be launching soon, and an April release is possibly the most plausible part of this dodgy slidery.