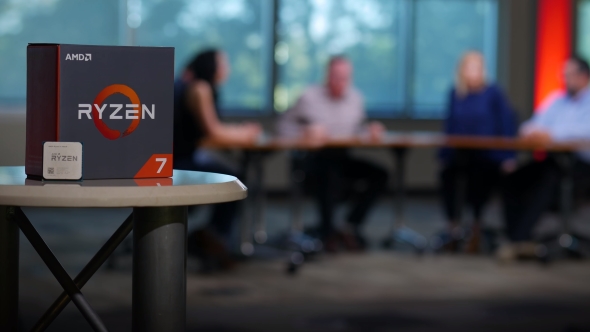 The red team love a game of leapfrog, but it looks like they’re taking things a little further than expected, jumping over the development of Zen 4 and moving straight onto designing the AMD Zen 5 processor architecture.

Your gaming rig is nothing without a good rodent at its side, so check out our pick of the best gaming mice available today.

There’s not long left before the release of the AMD Ryzen 2 processors on April 19, but they’re already looking ahead to the chips which are to follow this Zen+ CPU design.

In the same team video, which had Suzanne Plummer explaining how they were using Zen CPU expertise to help improve the frequency, performance, and power of next-gen graphics cards, AMD’s Mike Clark admits that he’s already working ahead on Zen 5.

We know that the AMD Zen 2 is design-complete and is going to begin sampling before the end of 2018, ready for a likely launch in March/April of 2019, and that they have been working on the AMD Zen 3 design for a while. With the promise that their leapfrogging design teams will always work on developing the next two generations, and the second-gen CPUs being essentially finished, it makes sense for AMD to be working on the fourth-gen Zen chips.

“The New AMD will be working on shipping a current CPU,” AMD’s Mark Papermaster told us back in May last year, “and developing the next two generations, at any point in time. That’s our commitment to our customers.”

But how come Mike Clark is hard at work on Zen 5, where is Zen 4? The general consensus seems to be that because the number 4 is seen as very unlucky in China it’s quite possible AMD aren’t just leapfrogging with Zen 4, they’re double-jumping right over the top of it. 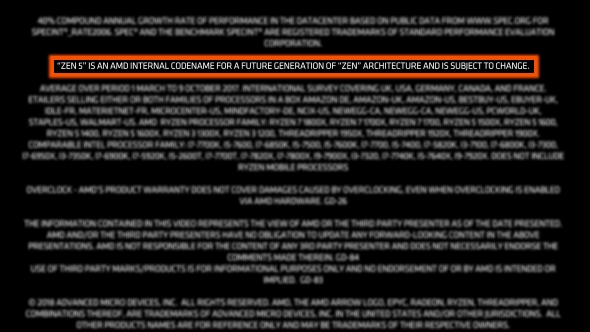 That would make Zen 5 the fourth generation of Zen-based processors, and a little bit confusing. But then if the Zen 2 processors are given Ryzen 3000 codenames it could all work out in the end.