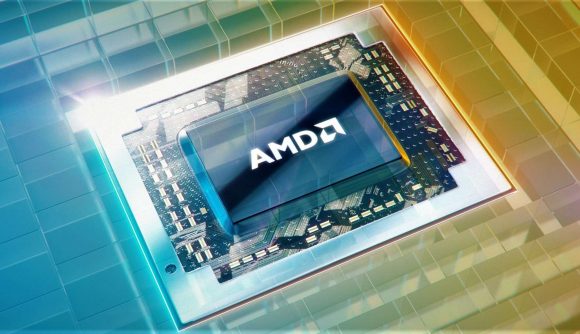 AMD’s Q1, 2019 earnings call has shed light on Sony’s plans to launch its next-gen PlayStation. While the two have already hashed out most of the techie details for the console, Sony has no intention of launching it this year. But AMD’s CEO, Dr. Lisa Su has confirmed it expects semi-custom business to ramp up in 2020. Now I wonder…

AMD has already officially announced it will be supplying Zen 2 and AMD Navi silicon to Sony to power the next-gen PlayStation – let’s just call it the PS5 until proven otherwise. It was to be expected after all, the company has been powering Sony’s kit for the past six years. But as the industry draws closer to next-gen, AMD’s semi-custom unit revenue has plummeted 17% since the previous year as it enters a transitional period and diverts attention toward future product.

“We are very pleased with our partnership and expanding a partnership with Sony on their next generation consoles,” Dr. Lisa Su says during the earnings call. “As we see the semi-custom business at this point, we still believe that it’s going to be down substantially in 2019. Let’s call it, approximately 20%-plus.”

“And then as we go into 2020,” Su continues, “without talking about any specific customer, we believe that semi-custom will return to a growth business for us in 2020 and beyond.”

Join the dark side: These are the best graphics cards for a new gaming PC build

While anything but definitive, Su’s statement offers implicit indication of Sony’s intentions. Most gamers have been anticipating the console wars to heat up in 2020 since Sony ruled itself out of E3 2019, and November 2020 looks to be a fine bet for a next-gen launch. This nod to a semi-custom ramp up next year only further attests to the generally accepted speculation.

AMD’s Enterprise, Embedded, and Semi-Custom segment is a hugely valuable asset for the company, raking in $441 million during Q1, 2019. A “large piece” of its semi-custom sales are driven by consoles alone, and AMD does not expect the primary drivers for its bespoke revenue to change anytime soon.

Because it’s not just Sony that AMD powers today. It also manufactures all the custom silicon with Microsoft’s Xbox One and Xbox One X lineup, too. It’s heavily suspected to be working with Microsoft on its upcoming next-gen Xbox console, although the details on this remain slim.

Another potential revenue raiser for AMD will be Google Stadia. While we still have relatively little information on when this corporate megalodon expects to take its streaming platform online, it will be utilising semi-custom AMD GPU silicon when it does.

Google Stadia will be fitted with 10.7 teraflops of GPU compute power, supposedly seamlessly integrated multiple GPU instances to produce smooth, playable results even at 4K. And with a world-leading network of datacentres complete with 7,500 edge nodes at its disposal, Google will require considerable quantities of custom AMD GPUs to ensure its service debut goes off without a hitch.

When that ramp up will occur, we won’t know until Google gives us a launch date. But we can expect more from Google Stadia in the summer.

Meanwhile, PC gamers can get their hands on PlayStation 5 tech a little early. AMD is expected to launch AMD Ryzen 3000 CPUs, built upon the Zen 2 architecture, during Lisa Su’s Computex keynote at the end of the month. And AMD Navi graphics cards are expected during Q3, 2019, following confirmation during the latest AMD earnings call.