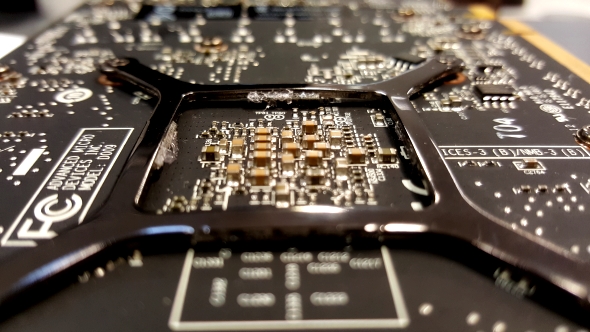 According to an ‘exclusive industry source’ Tweaktown are claiming AMD’s new Vega GPUs are going to be pretty thin on the ground when the red team launches their brand new graphics architecture in the next few weeks with less than 16,000 cards initially available.

Looks like it’s going to be tough to buy a Vega card when it launches, but here’s our pick of the best graphics cards around right now.

The new AMD Vega GPU promises to be one of the most exciting GPU releases from team Radeon in an age. The upcoming graphics architecture features some intriguing new technologies and is being designed primarily as a high-end gaming card, though that’s also being mooted as one of the main reasons for the paucity of launch cards likely to be available on release.

The second-gen high-bandwidth memory (HBM2) AMD are using to deliver their card’s speedy video memory is reportedly in very limited supply which is both pushing up manufacturing costs and limiting the number they can produce.

The Tweaktown piece states it’s not just going to be a question of limited demand in the first few days, but are saying the 16,000 figure covers all the RX Vega cards AMD are going to be able to shift in the first few months after release. That’s a very long time where the Radeon faithful are going to be looking at ‘currently unavailable’ stickers at their favourite etailers. Which in turn could potentially be very damaging .

Now, the sensible thing to do might have been to delay the launch until there was genuine volume available to ship, but AMD have long pinned the Vega release to the second quarter of this year and have maybe decided such scarcity will be less damaging than delaying their high-end graphics card release.

That though all depends on just how realistic those

There’s also the possibility that with Vega being so rare demand might be off the scale. AMD, however, would need to ensure the RX Vega cards themselves are the sorts of components us gamers go weak at the knees for. Though the RX Vega cards are looking like high-end GPUs, they’re not looking like they’ll be the outright fastest.

From the leaked 3DMark results we’ve seen so far the engineering samples (which might well be clocked lower than final GPUs) are performing somewhere between a GTX 1070 and a GTX 1080, so Nvidia’s GTX 1080 Ti should still hold sway as the quickest consumer graphics card around.