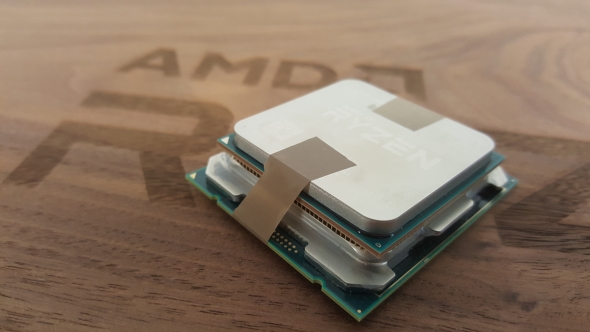 With the launch of AMD’s Ryzen you thought that might be an end to the rumour mill and the hype train, right? Oh, so very wrong. Fresh, salty rumours have been doing the rounds over the last 24 hours that AMD are set to launch their own super high-end PC platform.

After the best chip for your gaming rig? Check out our guide to the best gaming CPUs.

Just as Intel have their own server-based high-end desktop platform (HEDT) using the X99 platform (and upcoming X299) motherboards and LGA 2011 socket, the rumours from Chiphell and Canard PC Hardware are suggesting AMD are set to follow suit. The reports claim there is a 16-core/32-thread Ryzen chip that’s set to drop, along with a whole new AMD platform, in around four to six months time.

Chiphell though is suggesting it will be announced around Computex in May/June. Intel are expected to release their own new HEDT platform for the Skylake-X and Kaby Lake-X chips around August, which would put the two head-to-head.

Interestingly the rumours have also pegged the new platform as being called the X399. The upcoming new Intel platform uses the same 200-series naming scheme they’ve used withKaby Lake for its boards, but as they’re only going to be called X299 that means AMD’s new setup will be exactly 100 better. Sounds like someone’s trolling Intel…

From what Canard PC Hardware have said it will support quad-channel DDR4 and that the new 16-core chip will actually be twin 8-core CPU dies jammed into the same package. They’re also suggesting AMD will go for a land grid array (LGA) rather than their more familiar pin grid array (PGA) design for this mammoth processor.

And it does sound big – the Chiphell forum post says it’s twice the size of Intel’s current Broadwell-E processors.

What would you pay for a 16-core/32-thread CPU? According to the rumours it will only be twice the price of a Ryzen 7 1800X at $1,000. Six more cores than Intel’s Core i7 6950X but for a lot less cash and with presumably much greater multi-threaded chops.

To be honest it all sounds rather insane, especially considering this is the first that it’s being mentioned at all. I’d be impressed if AMD were able to keep such a platform entirely secret for this long, but stranger things have happened. It seems particularly odd given that AMD have made such a lot of noise about unifying their desktop CPU platforms around the AM4 socket. They’ve also mentioned that if you buy an AM4 board you’ll be future-proofing yourself against the next few iterations of AMD CPU or APU design in every Ryzen briefing I’ve been at.

And yet just a few months later we’re seemingly going to be told that actually if you want the next big Ryzen thing you’ll need to invest in a whole new PC platform again. I’m really struggling with credulity here but we are indeed living in strange times.