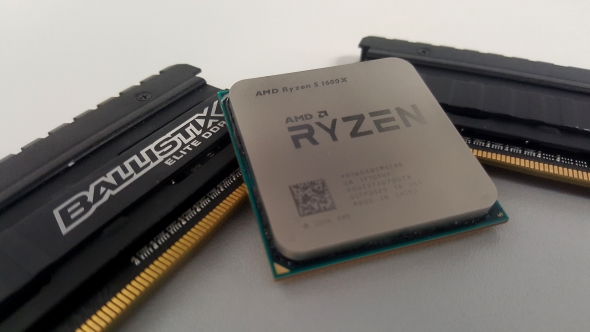 In a recent interview with Forbes AMD’s James Prior indicated Ryzen’s inability to consistently nail high memory speeds with different RAM kits was down to the motherboard makers. Our manufacturer source says that’s unfair.

Memory issues aside, Ryzen is still a great platform. Don’t believe us? Check out our guide to the best processors.

“It’s really only the B350 chipset motherboards that we’re seeing this hit and miss memory support,” said Prior. “This is down to the design of the board and how much time the manufacturer has invested into that board in maintaining support for high memory speeds.

“We are finding most B350 boards can hit 2,933MHz without any issues and some can do 3,200MHz. It’s that last little bit of special magic sauce – the number of layers in the board and how much trace copper they put into it and the time they invest in the BIOS.”

Now, for a start, it’s really not just the B350 chipset boards which suffer from ‘hit and miss memory support.’ I’ve been testing a whole bunch of X370 and B350 motherboards and they all struggle to get any higher than 2,667MHz using our Ryzen 7 1800X CPU sample and a standard Crucial kit rated up to 3,200MHz. 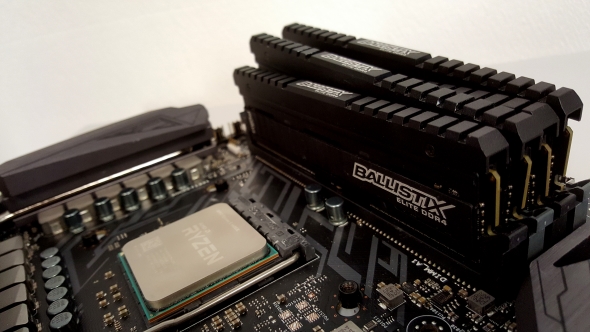 I spoke to a reliable source within one of the main motherboard companies last night who wished to remain anonymous, but confirmed the compatibility issues aren’t limited to just the B350 chipset. They also said blaming the manufacturers for patchy memory support wasn’t really fair.

“Blaming the motherboard manufacturers was perhaps a little unfair, especially as they are providing platforms for the AMD CPUs,” said our contact. “It also seems strange that all motherboard manufacturers seem to be having some level of compatibility issue with certain memory speeds, wouldn’t this perhaps indicate that the fault or issue was something outside of their immediate control?”

They explained the main motherboard companies now use, at the very least, six layers in their circuit boards, even on their budget options, and that all the components are now of the same very high standard across the (ahem) board. Using high-quality components on a motherboard means fewer breakages and fewer RMAs, which ultimately makes more sense for a manufacturer than cheaping out on a few parts.

We did speak to another manufacturer, though, who does use four later PCBs for their lower-end B350 boards. They said, “the bottom line is that with more layers the memory layout is better. The B350 usually is a four layer board, and the high end are six layers. Some memory will work on an X370 six layer board, but not on a B350 four layer board.”

So Prior may have a point. Still, the issue remains that the memory compatibility problems aren’t simply limited to those board builders who use four layer PCBs. There is also a further issue with regards to using two memory slots or all four on a board; if you fill out your motherboard’s memory slots you’re less likely to be able to access the higher speeds.

But, to be fair, AMD aren’t just putting the blame on the motherboard manufacturers, they’re also blaming the XMP2 ‘non-standard’ too.

“We’ve got this proprietary non-standard, standard out there,” said Prior on AMD’s recent Twitch Q&A. “It’s XMP2, which is very catchily named to mean: doesn’t work with anything else.”

The question about memory compatibility kicks off at 34mins 52secs.

The extreme memory profile (XMP) is an easy way for RAM makers to qualify their kits to work with Intel processors and has been widely adopted because of Intel’s historic dominance in the market. The profiles are then decoded by the motherboards to provide overclocked voltage, frequency, and memory timings to work with the platform.

This though is a proprietary setup which AMD is having to work around to ensure those same memory kits play nice with Ryzen. “It’s not impossible,” said Prior, “you’ve just got to decode it.”

“We’re putting a lot of work in memory, guys,” AMD’s Don Waligroski added on Twitch. “There are teams of people working to make memory better, it’s working and it’ll go further, so don’t worry. We’re on it. We came a long way fast and we’re going to go a long way more.”

And AMD are definitely putting in the work. There is a new Ryzen microcode fix, probably coming around the end of May, which ought to iron out more of the memory issues. This AGESA 1.0.0.6 update should help out on the compatibility front.