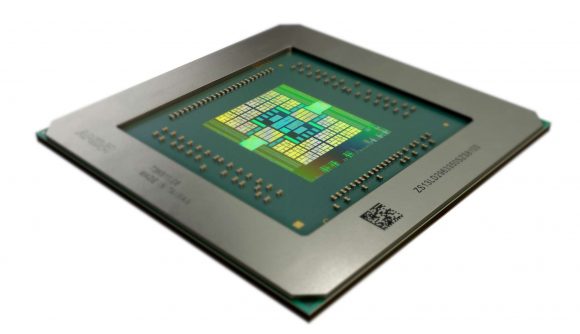 Chiphell forum user and leaker wjm47196 (via TweakTown) claims “Navi 21 has two versions, 16GB and 12GB”. ‘Navi 21’ is a codename for the GPU that people are calling ‘Big Navi’, aka the ‘Nvidia killer’. This GPU is rumoured to finally give Nvidia some competition at the high-end and is expected to launch later this year, possibly in November.

If this rumour is accurate and Big Navi comes in 12GB and 16GB (GDDR6) versions, we could possibly expect differing specs in other regards – one 16GB version with all CUs (compute units) enabled and one 12GB version with some CUs disabled for a lower price. All speculation, of course, but given the rumours surrounding Big Navi’s CU configurations it would make sense.

Big Navi is rumoured to have up to 80 CUs. The current best graphics card when it comes to AMD consumer GPUs is the RX 5700 XT, which has 40 CUs and still comes pretty close to RTX 2070 Super levels of performance.

If these CU and memory rumours are true, we could potentially see an 80 CU, 16GB variant to compete with ultra-high-end Nvidia graphics cards like the Titan RTX, and a 12GB variant with less CUs to cater to the more mainstream enthusiast consumer segment and compete with Nvidia’s next-gen RTX 2080 Ti and RTX 2080 Super replacements.

If all of these rumours are accurate then, excluding the very top-end boards, we could have two high-end RTX ‘RTX 3080’ variants (10GB and 20GB), and two Big Navi variants (12GB and 16GB). We’ll have to wait and see how all this plays out, but it looks like people are expecting some pretty big jumps in GDDR memory capacity on the next generation of high-end consumer graphics cards.