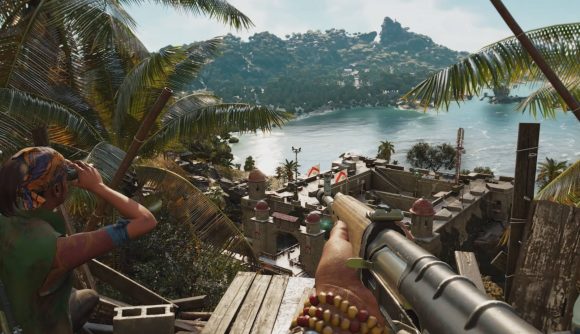 AMD’s releasing FidelityFX Super Resolution on June 22, as a long-awaited answer to Nvidia’s DLSS. It’ll help boost fps, particularly when playing at high resolutions such as 4K or running demanding features like ray tracing. Thanks to Videocardz, we now know the seven titles that will support the tech at launch, along with the PC games set to add the feature in the coming months.

The initial FSR-enabled games include Anno 1800, Godfall, and Evil Genius 2. While Godfall and The Riftbreaker should benefit the most from this super sampling tech with their ray tracing capabilities, other titles such as Evil Genius 2 aren’t very taxing and may not need FSR enabled at all on most rigs.

There are 12 titles that will eventually support FSR but don’t currently have a date attached to them, simply labelled as “coming soon”. These include Far Cry 6, Resident Evil Village, Dota 2, and Farming Simulator 2022. While that pales compared to the 60-plus library supporting Nvidia DLSS, it’s still early days for AMD’s solution. DLSS also started with just a few games at its initial launch, and AMD is running a survey to see what titles gamers would like the feature to appear in moving forward.

It looks like there’s plenty more to come though, with a list of 44 developers and publishers that plan to support FSR in their games. This includes EA, Valve, Ubisoft, and Capcom.

AMD claims FSR will offer up to 2.5x in certain titles, although we’ll have to wait to see how it fares against DLSS once it’s in the hands of the community. It’ll also work on Nvidia’s older GPUs without RTX cores, which can’t take advantage of the company’s own hardware-based DLSS.