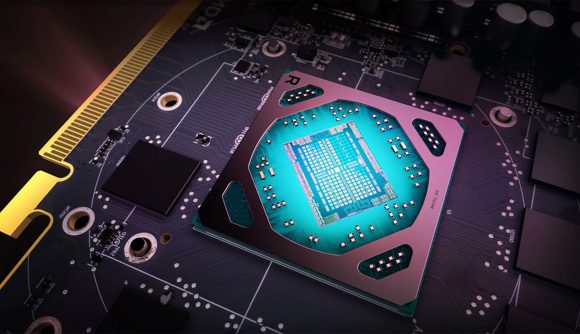 AMD has already started dropping Navi driver code out into the wider Linux ecosystem, with a few key code drops in place right now and full driver enablement for the new graphics architecture likely to drop soon. These first little bits of Linux code don’t really tell us a whole lot about the new graphics cards, but do at least seem to nix all the recent rumours about Navi being built on a different design to the current Graphics Core Next setup. So yeah, Navi looks set to be GCN.

There had been earlier rumours that Navi would be the first post-GCN GPU design, and that would allow it to break past the 4,096 core limit supposedly imposed by the current macro-architecture, but it seems Navi is following the same overall path as previous GCN designs.

AMD’s GPU roadmap has the architecture after Navi noted down as ‘Next-Gen’ rather than having a specific codename, which could indicate that is where team Radeon has decided to move away from the aging Graphics Core Next setup.

The information comes from a report on the Phoronix website, where they uncovered new GFX1010 target definitions and register changes while monitoring prominent Git repositories. The understanding is that, with GFX900-series codes referring to the AMD Vega architecture, that would indicate that the GFX1010 nomenclature means Navi.

Screen queens: These are the best gaming monitors today

These first drops are pretty lightweight stuff, with the definitions including some architectural workarounds and a few new instructions, and don’t really indicate a whole lot by themselves. But the language used in the code seemingly confirms the GCN architecture.

One other thing the Phoronix article points out is that AMD’s Linux driver code drops are going to be just too late for the Linux 5.2 kernel cut-off point, which is set to debut in July. That would mean you’re not going to get out-of-the-box Linux kernel support until around September with the Linux 5.3 release.

Though there will obviously be ways for the Linux faithful to get Navi support across the ecosystem as there will be hybrid Radeon drivers released around the same time as the prospective Navi GPU launch. Quite when that will actually be, however, is still tough to say. 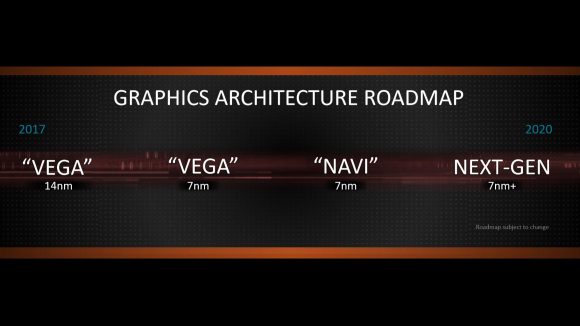 We’ve been expecting the Navi GPUs for some time now, ever since a prominent AMD exec told me way back at the Polaris launch event that it was Navi, not Vega they were most excited about. But the new AMD GPU architecture’s release is imminent, but while we’re expecting to hear more about the new cards at Computex this year, we’re not expecting the launch until later on.

Some rumours have pegged July 7 (7/7 in reference to the 7nm design) as a good day for AMD to launch both its Ryzen 3000 processors as well as the new Navi GPUs, though a combined launch might be asking too much. That could then lead to a later launch for Navi, potentially taking the Gamescom slot Nvidia used last year to unveil its RTX 2080 and RTX 2080 Ti cards.