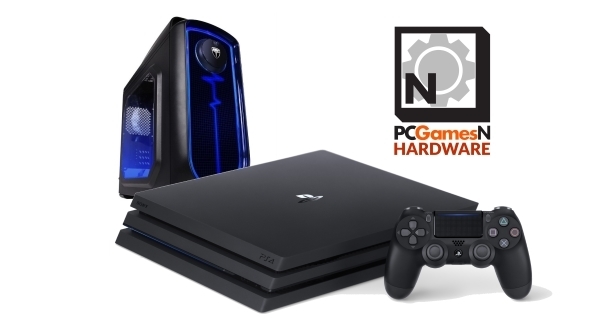 Sony have officially struck a precedent making the PlayStation 4 even more of a PC than it originally was – incremental, mutually-compatible hardware updates. With the new PS4 Pro they’re providing a fractured ecosystem which requires developers to think a lot harder about the hardware they’re creating games for. Hands off, Sony. That’s our department…

Read more: check out our take on the best graphics cards.

The arguments for console gaming have long been about the benefits of a closed platform, of a single hardware standard for game developers to be working towards. That’s enabled them to produce impressive feats of coding, wringing every last drop of processing power out of increasingly outdated systems. That was especially true of the previous generation of console hardware – the visuals we saw from the last days of the Xbox 360 and PS3 were incredible considering the laggardly hardware they were both running.

But now both Sony and Microsoft are introducing updated hardware to sit alongside their existing machines with a view to providing a premium-tier gaming experience for the elite console gamer.

Now we know what’s going to be propping up the next level of PlayStation gaming, what will it take to create a PC with the equivalent hardware? While we can dig out mostly equivalent components to the new PS4 Pro there is no way we, as individuals, can match the buying power of the multinational Sony corp. That means we’re never going to be able to manage a build with the PS4 Pro’s impressive $399 (£349) price tag. For an equivalent PC you’re looking at around $100 (£100) more than that. 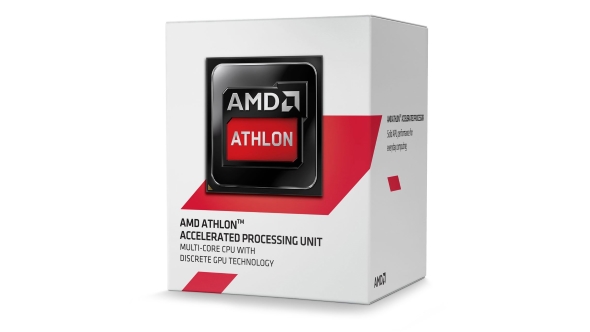 The original PS4 came with a custom-built system-on-a-chip (SoC) designed by AMD. The processor part was made of eight 28nm AMD Jaguar cores, running at 1.6GHz. The new updated design is retaining the same core architecture, but with a slight clockspeed bump up to 2.1GHz.

You can’t actually buy an eight-core Jaguar part for your PC. The closest you can get is the AMD Athlon 5350, a quad-core Kabini chip running four Jaguar cores at its heart. And all four run at 2.05GHz out of the box, just a shade behind the PS4 Pro’s new clockspeed. 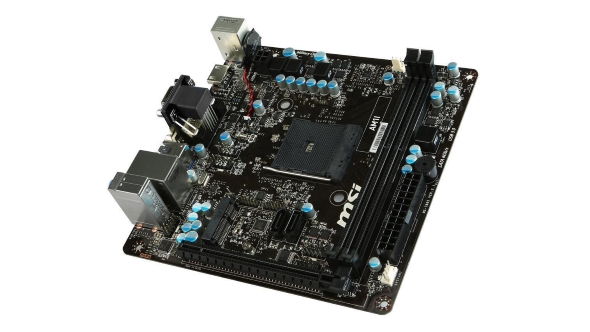 The trouble is that while compatible mini-ITX AM1 motherboards are available for an insanely cheap price they only come with PCIe 2.0 slots, and even if they look like a full-sized connection they only run at x4 speeds. With a full-size x16 slot it would be running at half the bandwidth of a PCIe 3.0, so at x4 they’re a long way off the pace. 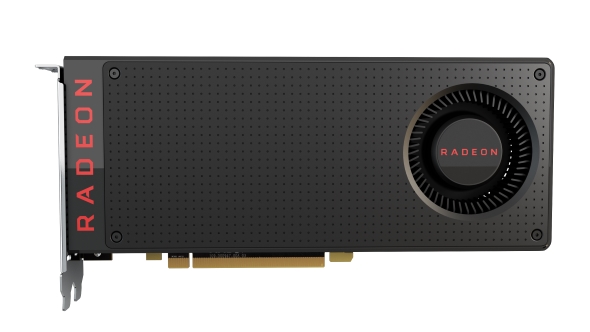 This is where there’s been the biggest update to the PS4 Pro, and that’s because Sony are desperately trying to make their new console relevant to the burgeoning numbers of people rocking a 4K TV. Expensive Ultra HD TVs (especially those from Sony) are pretty adept at upscaling content onto their high-res panels, but the cheaper sets – which make up the vast majority of 4K TVs – will only deliver a decent image at their native resolution.

When they’re upscaling 1080p content or worse the results are often very disappointing. The standard PS4 then looks pretty ropey on most 4K TVs, but with the PS4 Pro outputting at 4K – even if it’s using some techy, rendering wizardry to get there – it’s going to look good even on a budget Ultra HD screen.

The AMD GPU inside the PS4 Pro is reportedly twice as powerful as the original, with the leaked specs suggesting a Polaris 10-based GPU with 36 Compute Units. That sounds an awful lot like AMD’s RX 480 and the officially-released details (4.2 TFLOPS of power) seem to support that. The full RX 480 runs at just under 5.2 TFLOPS and that disparity is probably accounted for by the lower clockspeed of the PlayStation version of the GPU.

It’s still not really a 4K-capable slice of graphics silicon, but both AMD at launch and Sony at last night’s reveal have acknowledged this. But with some advanced rendering and upscaling techniques baked into the Sony silicon the PS4 Pro will be able to display games on a 4K screen with increased fidelity over the original machine’s 1080p delivery. It will be interesting to see more details of exactly what those tricks are and whether they’ll be able to deliver any visual improvements to PCs with AMD hardware inside them. 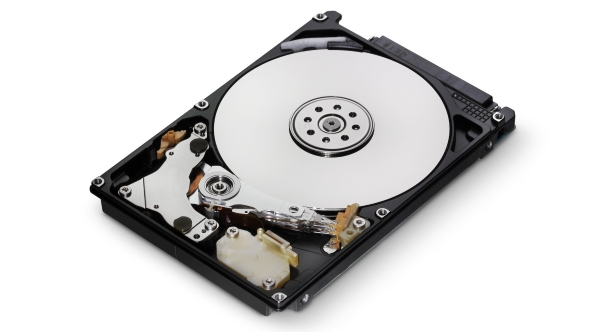 The 1TB of spinning disk storage inside the new PlayStation 4 Pro isn’t tough to match. The Hitachi TravelStar 5K1000 will give you the same capacity, as well as a 7,200RPM spin speed, to give you a decent level of storage and performance.

If you crave a little extra speed though you could go for the hybrid Seagate drive which gives you the same capacity but has a small amount of solid state storage inside to speed up your most oft-used programs to almost SSD speeds. 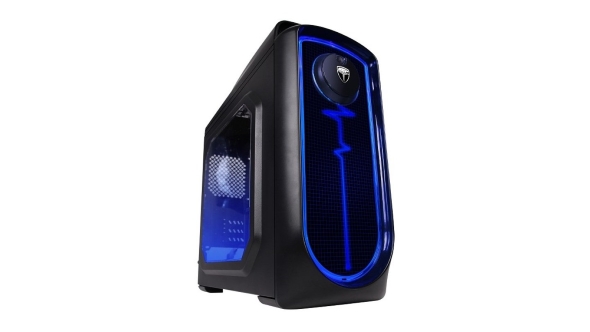 This is where things get really tricky. We can’t build a machine that’s anywhere near the same scale as even the larger, club sandwich-looking PS4 Pro. And it’s all that beefy GPU’s fault. It’s possible to fit a mini-ITX AMD board into a chassis with a similar footprint to the PlayStation, but trying to get a full-scale graphics card in there too is a lot tougher.

We can though still get a small form factor tower with a 400W PSU installed for an impressively low price. It’s not going to be the most advanced or efficient of power supplies but I’d wager neither is the mini option inside the PS4 Pro.

PC vs. PS4 Pro -The alternative… 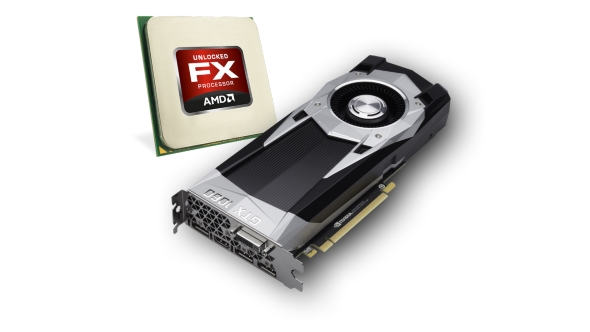 As much as the machine I’ve described above matches the components inside the new Sony PlayStation 4 Pro it’s not a PC I’d ever recommend building. I’m a stickler for balancing your builds and pairing the RX 480 with such a weak CPU component makes little or no sense for a gaming PC. In the PS4 Pro the fact the software can be tied into the closed platform means it’s more able to cope with the disparity in performance; on a PC though you’re needlessly hobbling your GPU speed.

Stepping up to the FX series of AMD CPUs then makes more sense. You can pick up multi-core AMD CPUs for much less than the price of an Intel chip. I’d suggest a six-core FX-6300 could out-calculate the PS4 Pro’s silicon with one core tied behind its back.

But you’re going to have to spend a lot more than the price of the PS4 Pro to put such a machine together; probably around the $600 (£500) mark instead. With that sort of rig sporting an Nvidia GTX 1060 you would likely be able to get around the same 30fps mark at 4K that Sony is touting for its top-end Pro-level titles.

In the end then, yes, you can put a machine together with similar components to the PS4 Pro, but you probably wouldn’t want to. If you want to put a cheap build together that will net you similar levels of 4K performance though it’s going to cost you a lot more than the ticket price of the new PlayStation. But then if you wanted to be a console gamer you’d already be sat there with a DualShock cradled in your claws and be missing out on all that makes PC gaming great.