AMD’s new Radeon Adrenalin driver is focusing on added Vulkan support with a particular emphasis on its high dynamic range (HDR) support and FreeSync 2 HDR. The company has long teased that we would be seeing a groundswell of new games coming with support for the open graphics API standard, and we are indeed starting to see more triple-A games launching with Vulkan as standard.

The Adrenalin 19.6.2 release also fixes a few minor issues with wireless VR and some with the metric overlays, but the main crux of the release seems to be all about delivering improved support for those Vulkan titles. And there are some doozies either just released or on the way, from Total War: Three Kingdoms to Doom Eternal.

What’s particularly interesting is that AMD thought these Vulkan updates important enough to hang a new driver release around, while many of the recent Radeon updates have been game ready versions. Though I guess there aren’t too many new games getting a release just now with E3 only just hanging up the closed sign on the show’s doors last week…

The Radeon Software Adrenalin 2019 Edition 19.6.2, to give it its rather grand title, leads with the extended Vulkan support up top, offering five different additions to the new driver package. 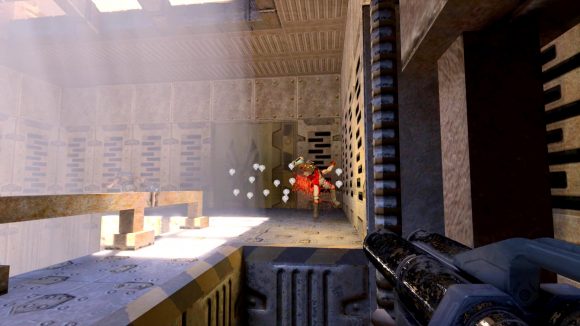 Kinda separate to the new Vulkan driver support in the new AMD drivers is the extent that Vulkan is being used with Nvidia’s RTX games too. For a start Quake II RTX is a Vulkan-based title, using the Nvidia VKRay extension (also known as VK_NV_ray_tracing), This allows developers to drop RTX effects into games running on Vulkan.

We’re guessing that’s what’s getting Doom Eternal and Wolfenstein: Youngblood’s ray tracing goodies on the go when those too biggies launch later this year.

You can grab the Radeon Adrenalin 19.6.2 update from that there hyperlink.