AMD’s RX 570 is an incredible-value graphics card and, like Lords of the Sith: always two there are, a master and an apprentice. In partnership with the Radeon RX 580 there came the Radeon RX 570, the apprentice GPU coveting its dark master’s power. Even though both represent older silicon now, in these nominally ray traced days of ours, they’re still two of the finest graphics cards you can buy today, with the RX 570 in particular being an honest-to-goodness budget gaming hero.

The RX 570 is built of the same silicon which lies at the heart of the RX 580, though both are created from the same star stuff which coalesced to form the previous generation’s RX 470 and RX 480. This is the factory overclocked Sapphire Nitro+ version, but there are a host of affordable versions of the RX 570 available for as little as $145 (£134) right now.

The RX 570 was most definitely born in the half-light of a GPU rebrand, with the genuinely brand new, ‘high-end’ AMD RX Vega cards trying to offer some competition with Nvidia’s best. But with the Polaris 20 GPU name and a fresh lick of paint there must be something to separate this latest card from the last one, right? Right?

Well, you’d think so, but there is actually very little difference between the RX 470 and RX 570. It’s still Polaris, a GPU architecture which has proved very long-lived as shown by the 12nm RX 590. But with the recent price drops the RX 570 has become one of the best budget GPUs around. 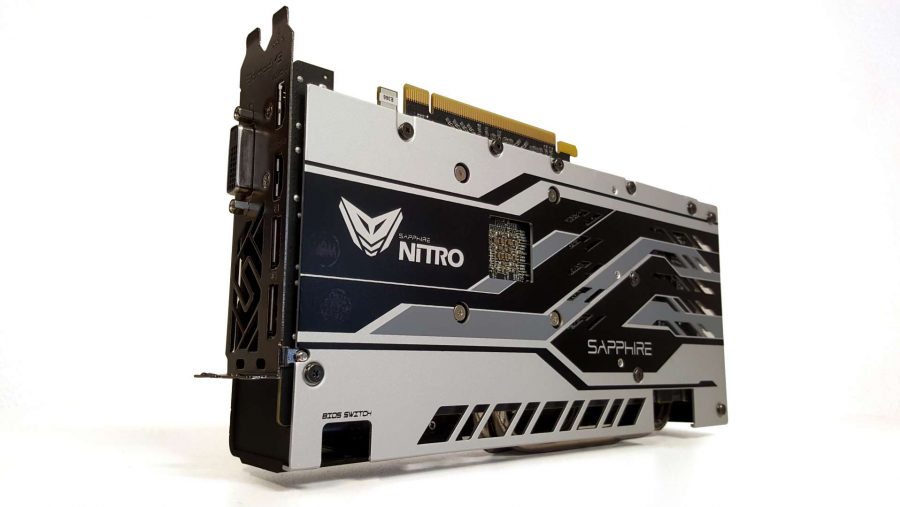 Once more we’re talking about Polaris Enhanced. It’s not really AMD bringing us a different generation of Polaris GPUs, but more taking a year’s worth of learnings from manufacturing both the graphics cards and the Polaris silicon itself. That means we’ve got a more mature GPU even if it is still essentially the exact same overall design as we saw with the initial 400-series cards.

But what does that really matter to us? A more mature production process will mean there should be greater yields from the actual wafers and therefore more fully functional GPUs being born from them. That gives AMD the opportunity to push them a bit harder than they did with the 400-series cards, which is why both the RX 580 and this RX 570 have launched with reference clocks far higher than their progenitors. And why the RX 590, with its 12nm chip, can be pushed even further.

Sure, the 400-series may well have mostly been able to run at the same speeds, but if more GPUs are coming out of the wafers capable of running at these higher clockspeeds then AMD is able to guarantee that boosted frequency without having to bin a bunch of chips that can’t measure up.

As with the RX 580 nothing has really changed in the core configuration of the RX 570. It’s still rocking the same 2,048 4th Gen Graphics Core Next (GCN) cores, 128 texture units and 32 ROPs. Which also means this apprentice is mighty, mighty close to the configuration of its Sith Lord master card.

In terms of the power AMD is allowing a little more juice through the Polaris 20 GPU inside the RX 570. Because of the higher clockspeeds it now draws more power and is rated with a 150W thermal design point (TDP) as opposed to the RX 470’s 120W TDP. The only other real change is in the memory system. The RX 570 still comes in both 4GB and 8GB trims, but the reference clocks for the GDDR5 memory now start at 7GHz, giving the new card a higher peak memory bandwidth score than the RX 470. The 500-series card runs at 224GB/s while the 400-series variant is rated at 211GB/s. 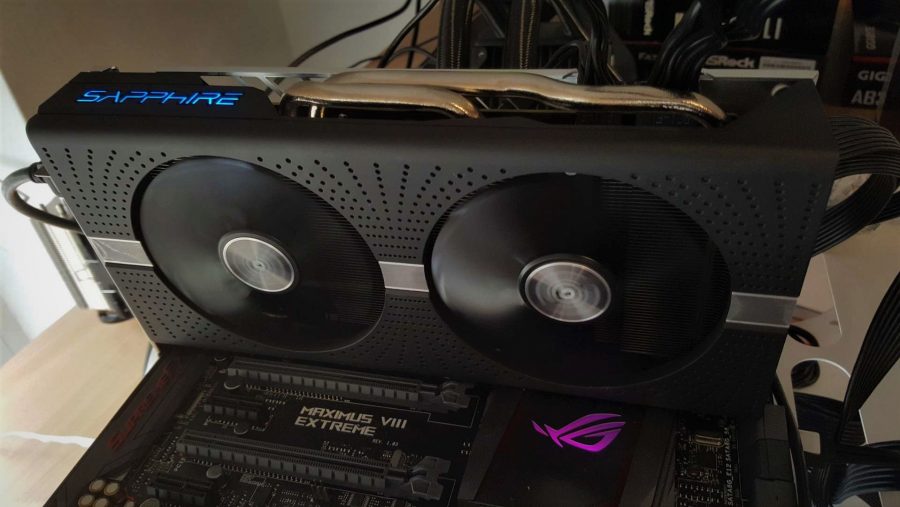 When the RX 570 first came out we were praising it for just how close the updated GPU was getting to the gaming performance of the previous generation’s RX 480. But now the bottom has dropped out of the mining market, and the RX 570 has become the best budget graphics card, it’s almost more interesting to look at its closest pricing rival, Nvidia’s GTX 1050 Ti.

That’s a card which is still a little more expensive than this impressive little Polaris GPU, and yet is way, way behind on performance. If the RX 570 gets close to RX 480 and RX 580 level performance it absolutely smashes the closest GeForce GPU to it.

And with that level of performance it also gets pretty close to the GTX 1060 too.

In a pretty decent number of games the RX 570 will net you 60fps, or more, at the highest 1080p settings. It’s also not a bad little card for 1440p, either. And if you drop your settings down to high or medium you’ll get great 1440p gaming performance.

If you are sporting a 1440p screen 4GB is probably going to seem quite tight in a year or so, and if you plan on shifting your sights towards a 4K future or VR investment then you will definitely need a higher-spec card. 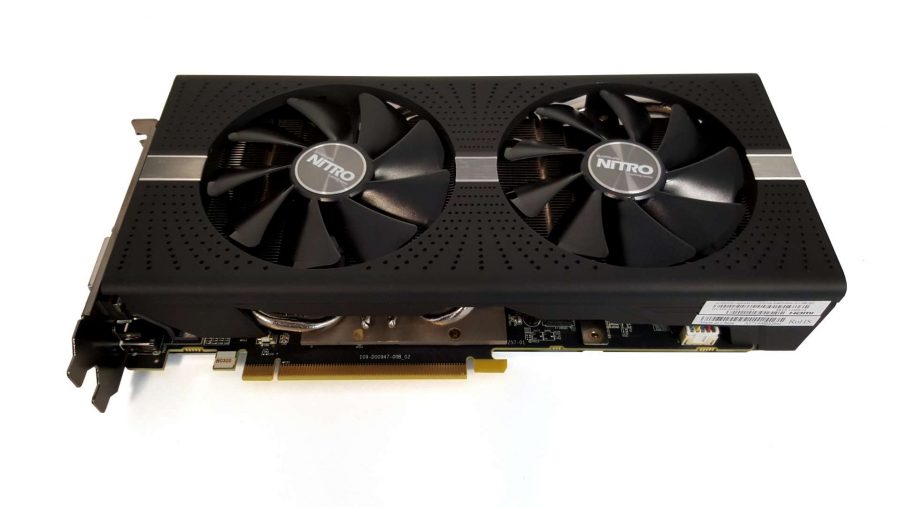 At the AMD RX 570’s current $145 (£134) sticker price it is a bit of a bargain. Granted, overclocked SKUs like this Sapphire card will cost more, but a 4GB standard RX 570 will still deliver excellent 1080p gaming performance and give you a good shot and some decent 1440p frame rates too.

Nvidia has nothing right now that can compete with the RX 570 on this price/performance level, and likely won’t do for a very, very long time. If you’re in the market for a new mainstream GPU then it’s a toss up between the RX 580 and RX 570, depending on your budget. The green team doesn’t even get a look in.

When it first came out the RX 570 was a bit of an also-ran. A mildly updated GPU, giving only a little extra performance. Fast forward to now and the RX 570 is the best budget graphics card you can buy.