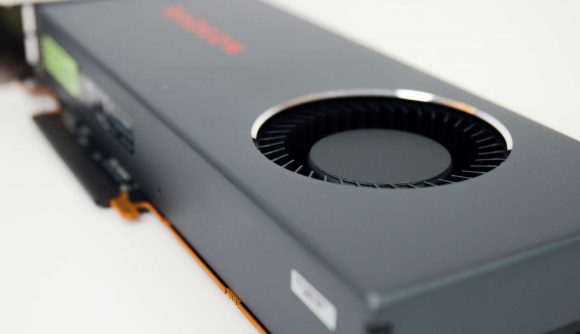 Starting at $479 with the Radeon RX 6700 XT, there’s a sore spot within AMD’s Big Navi lineup in that it still doesn’t cater to the budget market like Nvidia’s $330 RTX 3060, but that could all be about to change. A recent EEC listing submitted by ASRock suggests that the Radeon RX 6600 and RX 6600 XT are in development, meaning AMD likely has some cheaper RDNA 2 GPUs in the pipeline.

The two models will reportedly contain 8GB of GDDR6 video memory, matching the RTX 3060 Ti’s VRAM capacity. A forum post on Chiphell further corroborates this, also claiming that the 6600 and 6600 XT will feature a Navi 23 GPU with 1,792 and 2,048 stream processors respectively. This is up to 20% less than the 2,560 cores found in the RX 6700 XT, which suggests they’ll likely target 1080p gaming rather than QHD. The poster also states that the RX 6600 XT scores 9,439 in 3DMark’s Time Spy benchmark, which is pretty close to the RTX 3060 Ti’s average score of 10,996, although we can’t see the entry to verify these claims.

Until AMD’s performance-boosting FidelityFX Super Resolution technology arrives, which is rumoured to land next month, the RX 6600 and RX 6600 XT could still struggle to match the value of the RTX 3060 when it’s paired with Nvidia DLSS.

This will all depend on what the RX 6600 family’s MSRPs are and whether they’ll stay at that price given that stock issues are set to continue until next year and costs are currently all over the place with inflation.

We’ve heard nothing from AMD on these two models, so there’s always the possibility they could never come to fruition, and if they are in development then they’re still subject to change until an official announcement. We could hear more on these mid-range graphics cards at AMD’s Computex 2021 keynote at the start of June, however, so keep your eyes peeled.