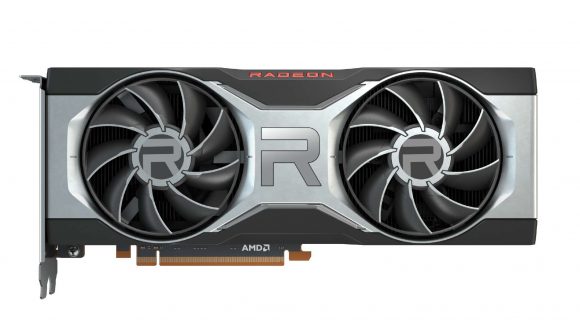 Nvidia’s GeForce RTX 3080 currently takes the honours of the best graphics card you can buy, partly thanks to its superb deep learning super sampling (DLSS) tech helping boost fps in games – a feature we haven’t seen on AMD GPUs yet. However, the red team has a big chance of taking the crown from Nvidia, with its rival FidelityFX Super Resolution (FSR) feature possibly arriving in just a month’s time.

While previous rumours set FSR for a March 2021 release that never surfaced, a new video from Coreteks claims AMD’s FidelityFX Super Resolution is set to launch in June. It also reports that many game developers already have their hands on the tech, ready for imminent implementation into the latest PC games.

The Youtuber also claims that FidelityFX will be software-based unlike Nvidia’s hardware-level DLSS, which could allow the tech to work on both AMD, Nvidia, and potentially Intel GPUs when the Xe DG2 finally comes to market. We don’t yet know what the system requirements will be, however, meaning it’s anyone’s guess as to whether it’ll work on older GPUs.

AMD’s Radeon RX 580 and Nvidia’s Geforce GTX 1060 are some of the most popular graphics cards on the market according to the latest Steam hardware survey, and neither have access to DLSS. FidelityFX Super Resolution would bring a welcome uplift in performance depending on compatibility, allowing you to eke out your GPU for a little longer amid ongoing stock issues.

Nvidia’s on its second generation of ray tracing compared to AMD’s first and its RTX 3000 cards continue to dominate benchmarks because of DLSS. FSR could be the red team’s saving grace, although we’re not sure how much of an improvement to expect just yet.