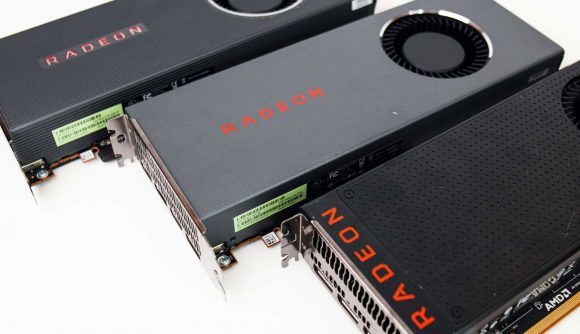 AMD’s upcoming RDNA 3 GPU architecture won’t be with us until 2022 or 2023, but it looks like it could pack a serious improvement over the current best graphics card from its Big Navi range. Replying to claims that the future flagship GPU could see a 2.5x performance boost over the Navi 21 chip found in the current RX 6800 and 6900 family, notable leaker Kittyyyuko states that “2.5x is too little”.

Kittyyyuko doesn’t elaborate on what numbers to expect, but the comment puts the ballpark nearer a 300% performance increase over the previous generation of graphics cards, or more. That’s a much bigger improvement than the 50% uplift seen between RDNA and RDNA 2, potentially delivering enough power to usher in higher refresh rates on 4K panels, and maybe even support 8K models.

It’s not just about the best gaming monitors, though, as the original tweet from Red Gaming Tech’s Paul Eccleston claims RDNA 3 will match the ray tracing capabilities seen on Nvidia’s RTX 3000 lineup, which would be welcome news given that AMD was a bit later to the party and slightly lagging compared to its rival.

They also mention that the flagship Navi 31 chip will double the 80 control units seen in the current Navi 21 GPU to 160 units, going some way to explain that possible threefold performance increase.

With that amount of gaming power, let’s hope GPU stock still isn’t an issue in a few years time.