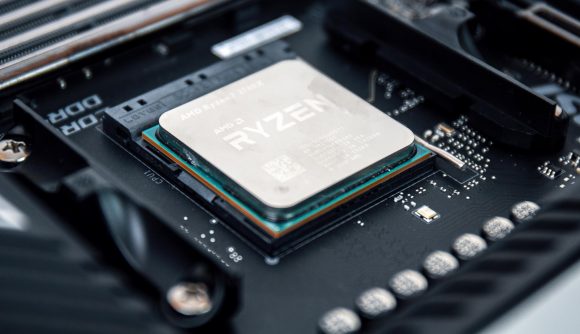 Due to AMD attempting to eke every drop of performance out of its chips, you won’t see “a whole lot of manual OC headroom” on any Zen 2 desktop parts. According to AMD’s senior technical marketing manager Robert Hallock, it’s more beneficial to overclock your chip’s memory and Infinity Fabric interconnect rather than the processor itself.

“The other goal of our engineering effort is to absolutely maximise the performance of the product out of the box,” Hallock says via Reddit. “By designing algorithms that extract the maximum silicon performance automatically (e.g. Precision Boost 2) without asking the user to tinker or risk their warranty. So, no, you’re not going to see a whole lot of manual OC headroom. That’s just performance an average person – who doesn’t know how to OC – can’t access. Why would we do that? It is not our intent to leave anything on the table.

The Ryzen 7 3700X runs within a 65W TDP, leaving considerably more headroom than the high-performance Ryzen 7 and Ryzen 9 chips at 105 watts a piece. Hence why it has been touted as gamers’ best bet for a little tweaking under the hood. Not to mention AMD had explicitly said you would get more out of its 65W parts.

“I think the top of the stack, you’re going to be fairly limited initially,” says AMD’s Travis Kirsch at a pre-briefing event. “You know, with our boost algorithms, we eke out just about everything you can get. So maybe a couple hundred megahertz. With the 65W parts you’ll get a lot more because their specs are run with a lower power. So you can overclock the thing, get all the power of it, and, obviously, you get more headroom out of it.”

Read more: These are the best graphics cards going

But even the red team remained unsure just how much overclocking potential there was to be had from Zen 2 close to launch.

“We haven’t had it in the lab for a long enough time to really understand the capabilities with overclocking,” says Kirsch. “So I think we’ll be surprised what people can do.”

We’ve had the Ryzen 7 3700X in the labs for some investigation of our own, and, while we’ll have the full report out a little later, we found there’s little to be gained via an all-core overclock in gaming despite the increase in headroom. The boost algorithm manages to push individual cores higher than our manual overclock attempts throughout, making for better performance in most titles that favour this selective single-threaded speed.

It’s not all that surprising, either. AMD Ryzen has never been much for manual voltage or frequency tweaks, and that continues to be the case with even the chip AMD felt most overclockable of all the 3rd Gen processors. But even if the stock performance is near-enough the max of what Ryzen’s silicon can handle, it’s still rather damn impressive.