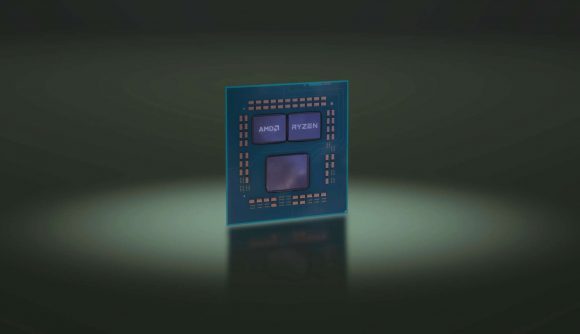 AMD has been talking more about its upcoming Ryzen 3000 processor overclocking at events around the globe, and, at a recent London gathering, has opened up about the overclocking performance we can expect from its new Zen 2 CPUs. AMD’s Travis Kirsch explained to us which of the new processors will be your best bet in terms of overclocking, and… spoilers… it’s definitely not going to be the Ryzen 9 chips.

“I think the top of the stack, you’re going to be fairly limited initially,” says Krisch. “You know, with our boost algorithms, we eke out just about everything you can get. So maybe a couple hundred megahertz. With the 65W parts you’ll get a lot more because their specs are run with a lower power. So you can overclock the thing, get all the power of it, and, obviously, you get more headroom out of it.”

But that’s all just based on the initial testing of the new processors, and Kirsch’s product team hasn’t had the final silicon in its labs long enough to know the full extent of their overclocking performance. There are a lot of chips coming in this first wave, with lower power non-X CPUs likely following shortly behind, so there’s a lot of testing still to be done in Ryzen Towers.

“We haven’t had it in the lab for a long enough time to really understand the capabilities with overclocking,” says Kirsch. “So I think we’ll be surprised what people can do.”

The Ryzen 7 3700X is a 65W CPU with a Turbo clock speed of 4.4GHz. The next one up in the stack is the 105W 3800X with a Turbo of 4.5GHz. Now if the 3700X is the overclocking daddy of the two then it’s highly possible it’s going to quickly overtake the more expensive processor once you start waving the overclocking wand at it.

Both come with the 125W Wraith Spire Prism cooler too, so they’re both going to benefit from having a chip chiller that’s more than capable of dealing with the heat they’re going to generate under load. And that’s all pointing to the $329 3700X being the go-to gaming chip from this new generation.

Or, as Kirsch puts it: “the crown jewel in the stack.” 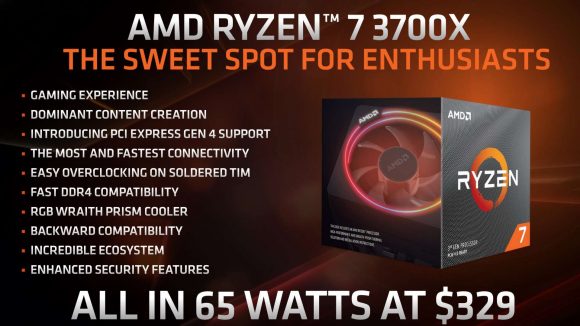 “I look at it like there’s two great parts in the stack,” he explains. “One is the 3900X, that’s the part everybody’s gonna want, but the 3700X is the part everyone needs. It does everything.

“I think this is an important part for us because it sets the foundation of everything we do and it’s the right target for most buyers. So, you get elite gaming performance and content creation performance, it’s very competitive with 9900K, you’ve got the most, and fastest connectivity on the market with PCIe Gen 4, X570 motherboards, it’s overclockable, and it’s got solder TIM.”