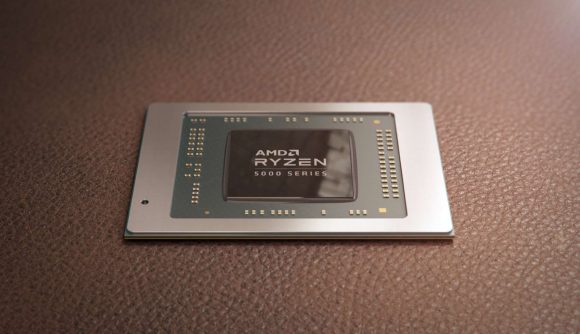 There’s good news if you’re looking to pick up a gaming laptop in 2021, with new mobile gaming processors and graphics cards coming to a laptop near you soon – and there will be more mid-range RDNA 2 graphics options available for your desktop gaming PC build by the start of July.

AMD CEO Lisa Su announced the latest gaming-specific mobile processors, called the HX series. These contain the same Zen 3 cores that we see in the Ryzen 5000 desktop CPUs – some of the best gaming CPUs available right now. The two mobile CPUs showcased are both eight-core, 16-thread designs with a 20MB cache – called the 5900HX and the 5980HX, they each have a maximum single core boost of 4.6GHz and 4.8GHz respectively.

In a comparison to Intel’s mobile i9-10980HK processor, AMD claimed the 5900HX has an average 22.3% improvement over three benchmarks – Cinebench, PassMark, and 3DMark’s Fire Strike benchmark. These mobile chips are also overclockable to get even more performance out of them, though we doubt you’ll see the kind of gains you get on a desktop with those compact mobile cooling solutions.

AMD says that HX chips will be available in gaming laptops from February this year. Including the non-gaming focused 5000-series mobile processors, there will be over 150 laptops to choose from with these new 7nm chips.

AMD, just like Nvidia, also revealed its latest mobile graphics cards, based on the RDNA 2 architecture of the RX 6800 and 6900 series – AMD’s best graphics cards for desktop PCs right now. These will be available in the first half of 2021. No information was given on specs or model names, but we were shown footage of Dirt 5 running on an RDNA 2 powered laptop – at 1440p with high settings, running at a steady 60fps. 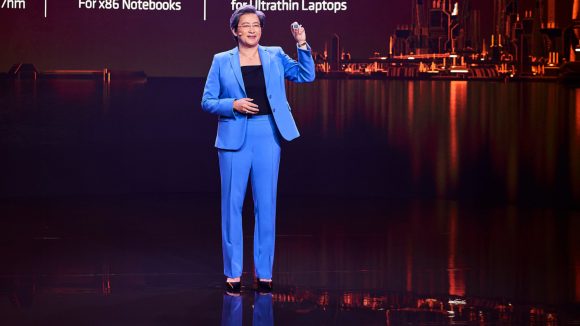 It’s also worth mentioning that there will be more RDNA 2 desktop graphics cards on the way – although no more information was given than a small photo of two graphics cards – one being a single fan design that we presume to be a more affordable, mid-range choice as opposed to AMD’s current flagship RX 6900 XT.