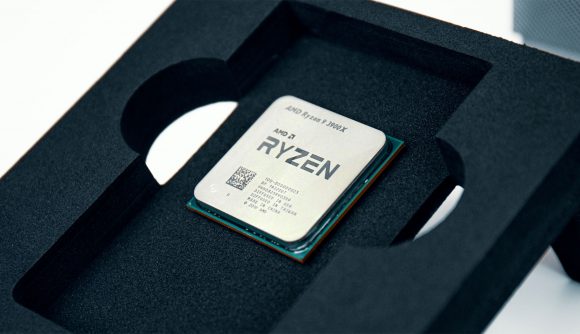 Only 6% of Ryzen 9 3900X’s tested by CPU retail site Silicon Lottery are able to reach 4.2GHz manual all-core overclock. It’s proven mighty tough to wrangle extra all-core performance out of AMD’s Zen 2 architecture on 7nm, and unsurprisingly, and that’s meant only a few Ryzen 3000 CPUs are capable of high, and stable, overclocks.

The Ryzen 9 3900X is able to boost to 4.6GHz across select cores at stock thanks to AMD’s thermal, power, and frequency boosting algorithm. But once on a manual all-core overclock, max clock speed is quite heavily penalised, with very few processors reaching 4.2Ghz at a conservative, yet CPU lifespan affirming, 1.250v.

You could crank the system’s VCore voltage up a little further, but the higher it creeps up, the more stress you put on your CPU over long-term use. Most motherboards will try to ward you off it you set voltages above 1.45v, but most agree that you likely don’t want to leave your CPU running above 1.325v for day-to-day use on an all-core clock.

Silicon Lottery charges $840 for the 4.2GHz guaranteed Ryzen 9 3900X, which is a considerable price increase for the $399 CPU. For that you get a processor which the company has put through its “rigorous stress test”, and rates to work with its qualified vendor list, such as ASUS and Gigabyte motherboards. It recommends at least a 240mm liquid cooler to run at the advertised speeds.

All Ryzen 9 3900X CPUs tested by Silicon Lottery were able to hit 4GHz across all-cores (via Techquila). 87% could hit 4.05GHz, which is a sharp drop-off for a marginal clock speed increase. However, the most drastic pass rate decline is between 4.10GHz and 4.15GHz.

We gave AMD Ryzen 3000 overclocking a whirl soon after launch, and found that there’s not all that much to be gained for gamers. Further testing in the OC community suggests per-CCX overclocking can yield greater results, however, with each chiplet, and individual CCX within, managing vastly differing top speeds.

But overclock performance shouldn’t deter you from the red team’s latest wares, and these processors still make for mighty fine gaming chips even at stock.

The reason for Zen 2’s lack of headroom may be due to AMD’s efforts to “maximise the performance of the product out of the box,” according to senior technical marketing manager, Robert Hallock. But if that’s the case, it does make you wonder what all those super premium, ultra high-end motherboards with ludicrous VRMs will really net you in terms of performance gains. In our experience, not all that much.