TSMC, the biggest contract semiconductor manufacturer on the planet, has admitted its node naming schemes aren’t actually related to what’s on the wafers, they’re “just numbers… like BMW 5-series or Mazda 6.”

TSMC is responsible for the best of the best hardware from Nvidia’s GeForce range and is the manufacturing power build the twin pillars of AMD’s Radeon and Ryzen chips. It’s also in pole position for pushing forward the most advanced production nodes in silicon creation. The fastest graphics cards on the planet, the Turing-based GPUs from Nvidia are built using its 12nm node, while AMD is the first to bring high-performance devices to the market featuring TSMC’s 7nm node.

But TSMC’s vice president of corporate research, Dr. Philip Wong, was keen to point out that after introducing his company’s latest node, despite a history of the node naming scheme actually having some relevance to the silicon features etched into the wafer, the node names are now effectively meaningless. So, while we might like to think that the N7, N5, and N3 names it’s using for its 7nm, 5nm, and 3nm nodes relate to the gate length of transistors, they’re effectively just brand names.

“It used to be the technology node, the node number, means something, some features on the wafer,” says Philip Wong in his Hot Chips 31 keynote. “Today, these numbers are just numbers. They’re like models in a car – it’s like BMW 5-series or Mazda 6. It doesn’t matter what the number is, it’s just a destination of the next technology, the name for it. So, let’s not confuse ourselves with the name of the node with what the technology actually offers.” 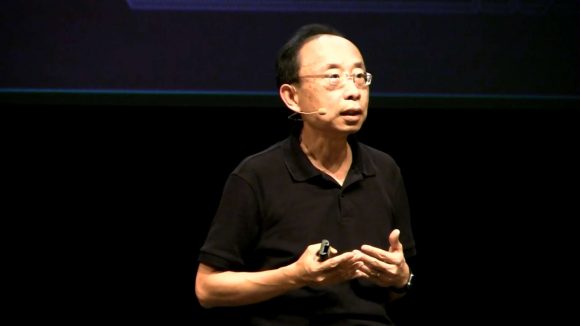 To be fair, that’s something we’ve long known. When people talk about transitioning from a 16nm node to a brand new 14nm part, for example, it’s hard not to think that’s more of a marketing change than something that’s actually happening at the base silicon level.

And also goes some way to explaining why, despite TSMC offering a nominally 7nm process, the general consensus has been that Intel’s 10nm design is pretty much analogous. But what’s 3nm between fabs? At that level, probably quite a lot. But if the 7nm node is more of a branding exercise than genuinely denoting the physical properties of that production process then you can understand why there’s supposedly not a lot in it.

But if these node numbers are just brand names then John Carmack’s assertion that we’ve only got a couple of nodes left for silicon will be unfounded… the leading edge foundries of tomorrow will just keep coming up with new marketing names and we’ll start to shift into the angstrom range of processors.