AMD’s CEO, Dr. Lisa Su, has confirmed that the company will not be sharing any further Zen architectures with its joint venture, THATIC, in China. The company had shipped over its first-generation Zen architecture for use in Hugon Dhyana chips to support China’s burgeoning datacentre market, however, that looks to have been a one-time deal and no longer on the table now that AMD has found its feet once again.

Back in 2016 AMD setup THATIC: a co-owned joint venture with various Chinese companies and investors intended to aid China’s domestic CPU production. The deal netted AMD some $293 million in much needed cash at the time, and would aid in its efforts against Intel. But the move necessitated some serious legal manoeuvring to work. After all, access to x86 is blocked by airtight legal documents, and especially tricky during this period of high tension between the US and China.

But AMD and its partners managed to pull it off, resulting in the Hygon branded clones of its EPYC and workstation Ryzen CPUs that exist today. Some keen-eyed press even caught a rare glimpse of one of these Zen-based Hygon branded processors over at Computex 2019. The papped chip is damn-near identical to AMD EPYC in almost every way, however, the design team over at Hygon reportedly replaced the cryptographic silicon inside with a design of their own making.

But these could be the first and last of their kind. Chatting with Tom’s Hardware over at Computex 2019, Su has confirmed that AMD has no plans for “any additional technology transfers” to its majority-owned joint venture in China. That means Zen 2, the architecture at the core of Ryzen 3000 and EPYC Rome chips, is off the table for the time being.

Top chips: These are the best gaming CPUs right now

AMD also later clarified that it did not hand over the source code for its Zen architecture in full. Rather, it reportedly allowed the JV access enough to modify certain parts of its architecture to better suit the Chinese market’s needs. 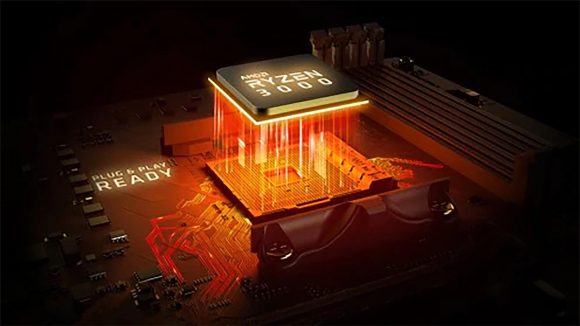 VIA and Zhaoxin semiconductor are also working towards producing x86 processors for the Chinese domestic market to lessen the country’s reliance on foreign computing power. China is particularly vulnerable to this dependency due to the US-China trade war, which has already resulted in a drastic increase in tariffs on Chinese imports into the US.

Similarly, Europe is pushing on with a similar initiative to bolster domestic general purpose processor and AI accelerator might nicknamed the European Processor Initiative, or EPI.