(American Truck Simulator is out today, so to celebrate I’ve written a silly feature about my shambolic career mode in it. Please enjoy.)

Oh hi there, [INVESTOR NAME]. I’d like to talk to you today about an exciting opportunity to become part of one of the fastest growing* haulage enterprises in the distict of Elko, Nevada. We’re a company that’s trucking towards great things, and we’d sure love to have you along for the ride! There have been a few silly reports lately about our massive, crippling debts, widespread employee incompetence, and multiple pending criminal investigations that you may or may not have read about. And I’m going to discuss those. I am. But first, let’s talk about our company ethos.

Too many wheels for you? Haulage just feeling like a drag? Check out the best PC racing games instead.

When I established this haulage firm way back in February 2016, I wanted my customers to feel that they were in safe hands. I wanted a name that would exude reassurance, and would put clients’ minds at ease that their product was going to get to its destination, no matter what. That’s why I created Final Destination Co. 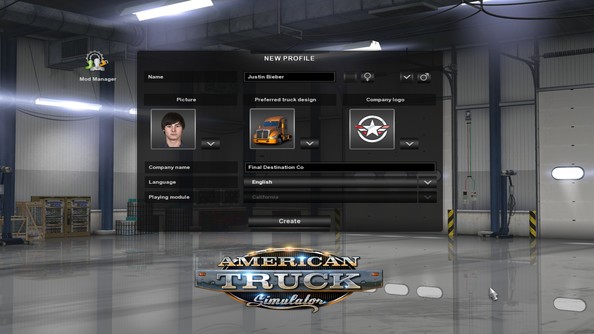 That’s one of our drivers, Justin. At Final Destination Co, we believe in second chances. Justin hasn’t always abided by the laws of the highway to the letter, but he said he was sorry. And that’s good enough for me.

Our headquarters are based in the beating heart of Nevada, the epicentre of its ubiquitous bright lights and glamour: Elko, baby! 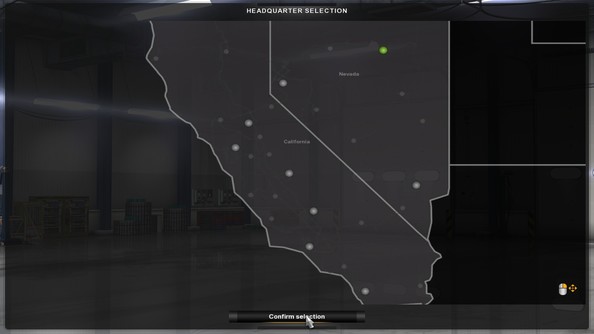 Conventional wisdom in the haulage industry would have a company establish its base camp in Reno or Las Vegas, based on their proximinity to California and its veritable goldmine of freight contracts to and from some of the world’s biggest and richest cities. At Final Destination Co, we say: let the L.A. haulage firms worry about L.A. We’re too busy taking on literally several contracts in Winnemucca, Jiggs, and West Wendover. We even have a proven record of excellence* when operating as far afield as Ely or Duckwater.

Let’s introduce a few more of our drivers. 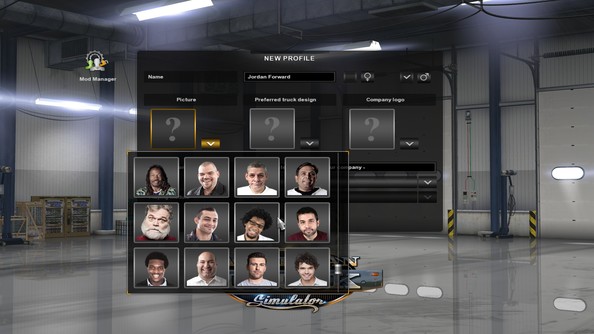 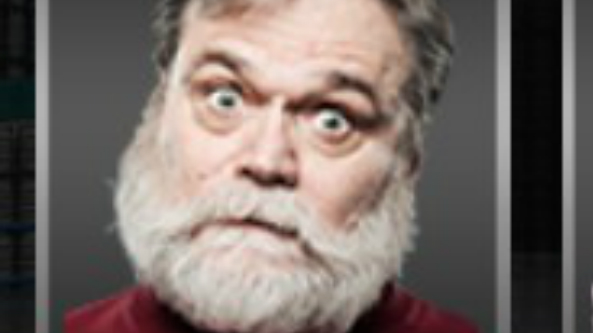 Yeah, he’s one of our characters here at Final Destination Co, alright! Did we ask him to stand further away from the camera? Sure. Did he move even closer when we asked that? Sure. Does he have a criminal record? Sure. Does that criminal record contain a long list of violent and shocking crimes? Sure. But does that make us irresponsible for employing him in a role that invovles spending days unattended travelling interstate? Sure.

Moving on to our company financials, as you can see we have borrowed fairly heavily to cover the setup costs of the company: 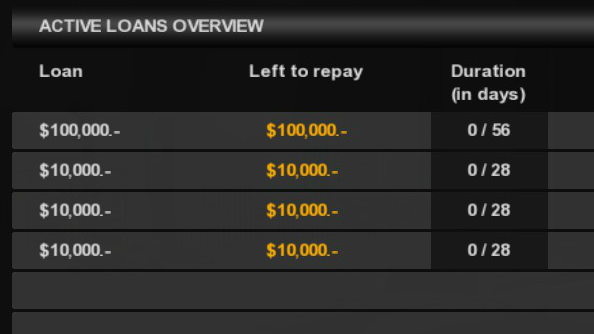 I can see how, if you were extraordinarily cautious, you might be put off by those numbers. “Here’s a haulage firm that only owns one truck, earns less than $2000 per job and incurs upwards of $1850 per job in damages and fines,” says the cynical investor. “How are they going to pay off $130,000 of debt in two calendar months?”

Look, I could invite our CFO up here to bamboozle you with facts and figures… except he went on a last-minute vacation across the border to Mexico just last night. Just in the middle of the night with his entire family. And their most valued possessions. Just kind of stuffed into the car. He assures me he’ll be back soon. That’s how I’m choosing to interpret the fact that I get a ‘number not recognised message’ when I call his cell phone, at least. Why buy a foreign data package if you’re not going to be abroad for long? Smart.

The point is: why don’t you let us worry about the numbers, while you worry about what to spend all your returns on when Final Destination Co reaches the top of the north Nevada haulage ladder? 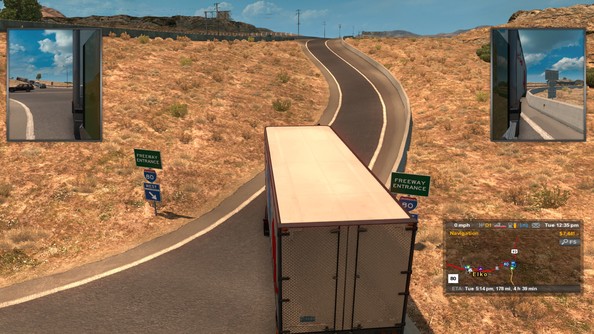 Recently we received local media coverage for the incident pictured above, in which several nearby motorist said they “feared for their lives” when our truck made the lightest of brushes at 87mph with this barrier coming off a freeway. 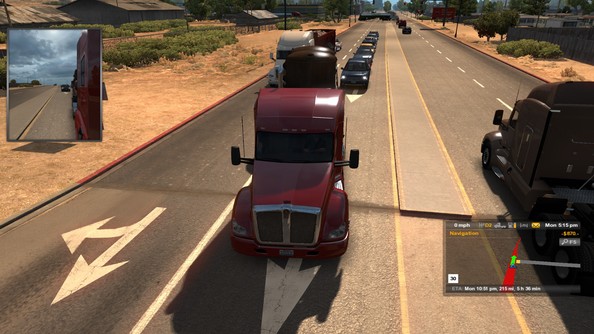 …and this incident, in which two lanes of obstructed traffic were held at a standstill for upwards of twenty minutes because one of our drivers left his cabin at a red light. I’ve spoken to the driver in question about the incident, and as it turns out he simply thought he saw his friend eating at a nearby diner while stationed at a red light. He walked over to the diner to investigate, and discovered that the person he’d seen was in fact a different man.

Returning that same hour to his truck, having capitalised on his diversion by taking in a hot meal, a game of pool, a game of dice on the parking lot outside, an impromptu breakdancing performance with some new friends, and a fight with a rival gang who arrived in the area, the driver promptly continued his journey. And yet you should have seen the fuss they made in the media. And in the local police station. 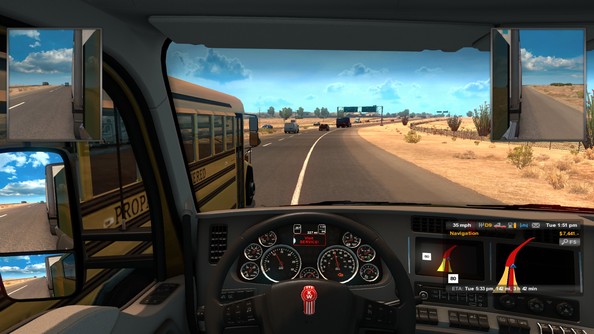 We’re also investigating an incident invoving this school bus, whose driver claims our truck literally ran him off the road because the driver was trying to see if he could drive by hanging backwards out of the driver side window to impress the school kids. Our driver, on the other hand, claims the school bus could see the stunt he was attempting and should thus have used the highway’s considerable runoff area to maintain a safe distance. Was that driver Rob? Sure.

In my mind, it’s the school bus driver’s word against Rob’s. And in all the time we’ve worked together, I’ve never known Rob to lie to me.

Or speak at all. 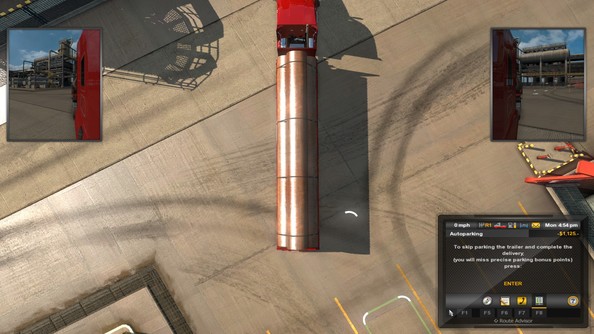 We’ve recieved considerable feedback from clients that our drivers set themselves exceptionally high standards for parking. Often they can still be found trying to line up their trailer long after the warehouse staff comes out to see what all the revving and crashing noises are, long after the sun does down, sometimes upwards of 12 hours after they arrived in the forecourt. 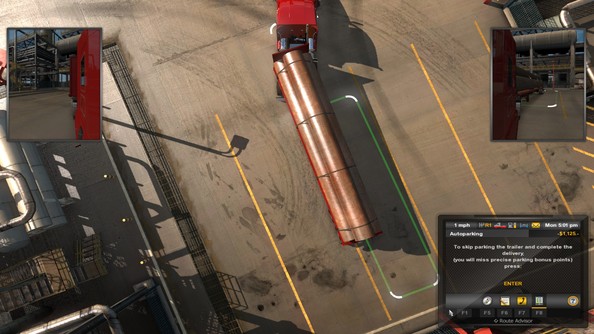 My heart swells with pride when I hear stories like that. The exceptionally high bar for delivery is what sets Final Destination Co drivers apart from the rest. 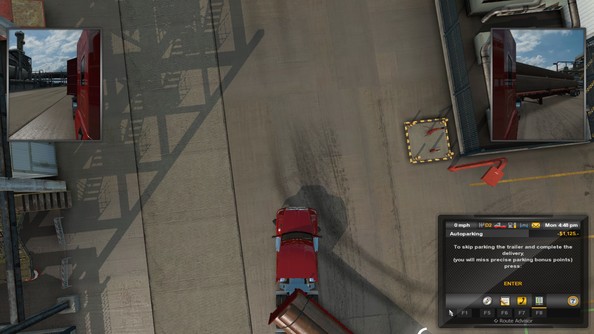 What I think is now abundantly clear is that this is a fantastic opportunity to get in on the ground floor at Final Destination Co. What we might lack in capital, resources, expertise, and staff with clean driving licenses, we make up for in our collective passion for getting the thing to you that you wanted in the vague time frame you wanted it, barring traffic incidents.

Depending on the weather. And the driver. And your proximity to Elko, Nevada.

What will you say to your starving, ragged children when they ask you, in their death throes, why you didn’t invest in Final Destination Co? Exactly? Nothing at all, because by that point it’ll be a largely rhetorical question.