The AOC 27G2 gaming monitor isn’t your usual super-fast panel. You see, this gaming monitor does away with the reliance on high refresh rate twisted numatic (TN) panels, and even those rather dashing VAs we’ve seen as of late. Instead, AOC has crammed a 144Hz IPS into the G2 – offering a brilliant blend of speed, colour, and saturation.

All three panel types – IPS, VA, and TN – fit under the LCD panel umbrella, and the fundamental flat screen monitor technology occupying a range of modern devices power all three designs in one way or another. However, the differences in construction and implementation that differentiate the three common approaches become evident in the final image and cost of production.

Where TN can struggle with viewing angle, contrast, and colour reproduction – deemed worthy sacrifices by many in the name of speed – and VA offers fantastic contrast at the expense of raw speed, it’s IPS that offers an unfettered, unblemished viewing experience. But there’s one caveat: price. IPS panels can be mighty expensive.

Can be. Which brings us onto today’s surprising subject, the AOC G2 27, and we’ll waste no time in saying this excellent IPS will only set you back just $209 (£209). Now we’re talking. 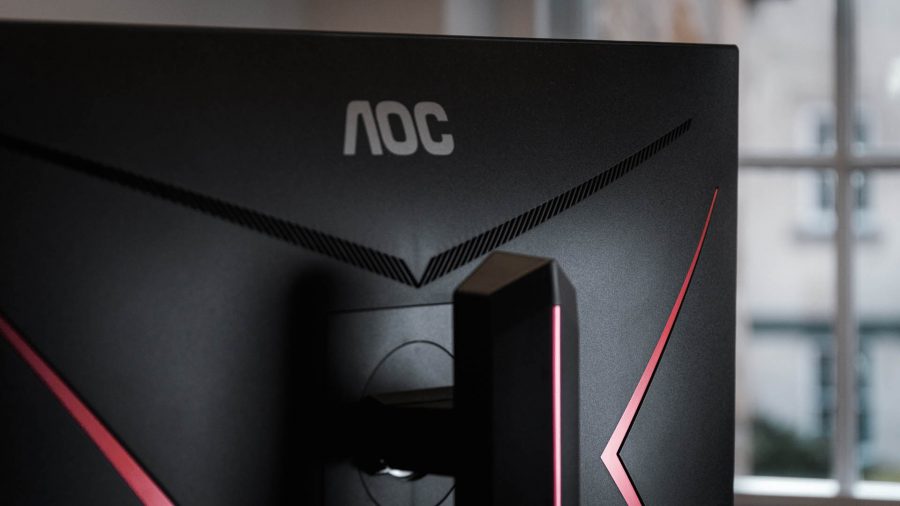 For that price tag you’ll net a superb IPS panel that leaves nout to be desired. Shades of black appear distinct, while the panel maintains decent white saturation across the board. There’s also little to no distortion at oblique angles, which makes this a mighty fine choice – especially considering its price – as one of a two or three monitor setup. Colour is, however, excellent. The G2 offers vibrant, rich tones across the spectrum – hugely complimentary to the depth and impact of any given scene in-game.

Contrast is notably lacking in comparison to comparable VA gaming monitors, an innate shortfall of IPS technology. Also colour saturation, while superb for a speedy, mid-range gaming monitor as mentioned above, is only marginally better than some of the better VA panels we’ve had across our test bench. That’s far from a negative, but it’s something to consider if you’re weighing up the AOC G2 and a slightly cheaper, well-received, VA model – such as the AOC G1.

If I have a single gripe with the G2 it’s the 1080p resolution – but understandably you can’t have it all at this price. While far from cramped in the 27-inch form factor, it isn’t ideal for productivity. However, for a mid-range PC owner seeking achievable 144Hz with a mid-tier graphics card, such as Nvidia’s GTX 1660 Super or AMD’s RX 590, it fits the bill just fine – so hardly a deal breaker. 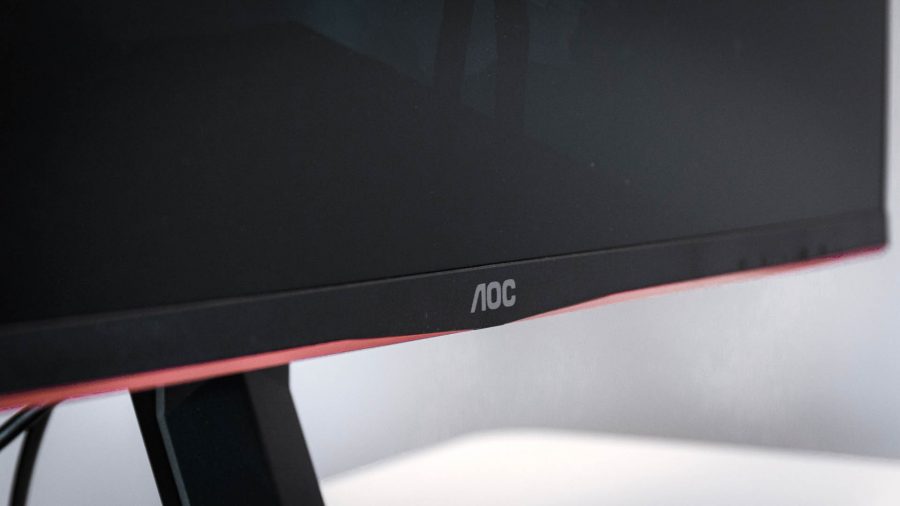 To help your groaning GPU in the run-up to 144Hz, AOC has also seen fit to incorporate FreeSync support for smooth, tear-free gaming even if you’re GPU isn’t quite up to the job. The G2 also reports as G-Sync compatible within Nvidia’s driver control panel, handily opening up support to swathes of green team gamers. It’s truly a Christmas miracle.

Beyond the panel, the stand and monitor are rather simplistic. There’s only a slim bezel around sides and top of the panel, with metallic red highlighting running the bottom length of the monitor just above some confusingly tactile switches for access to the OSD and settings.

The OSD itself is the standard fare from AOC. While a multi-directional control would be preferred to the standard row of switches on the G2, there’s little to no reason to be fiddling about in the OSD all that much beyond the initial setup. Hitting the right arrow switch brings up the on-screen aim assist reticle, and left offers a shortcut between game mode presets – pretty standard stuff.

The rear I/O features two HDMI 1.4 ports, a single DisplayPort 1.2, VGA, and line in/out 3.5mm jacks. To the side of sits a USB hub, offering 3x USB 3.0 ports and a single USB 3.0 port with charging support for powered-down device juicing.

It’s all rather simple, yet convenient, stuff – which just about sums up the G2 27 overall. It’s not going to blow you away with the utmost fidelity and colour accuracy around – you’ll have to spend a great deal more or settle for a slower IPS to net anything close at a comparable price point – yet the G2 offers a splendid balance of flash and function worthy of the best gaming monitor accolade. The G2’s 144Hz refresh rate will tide you over in the majority of popular competitive shooters, and its rich palette augments the visual spectacle of all else better than most, too.

There are few mid-tier monitors deliver quite so much for $209 (£209). The AOC 27G2 is just about as large a 1080p monitor as you’re going to want sitting around just a few feet in front of you, and a sacrifice in resolution nets you far greater returns in colour, clarity, and speed at a competitive price point.

The G2 offers an affordable IPS panel that won't let you down for a spot of competitive gaming. That's a strong proposition for any avid player.

137 days ago
Check Availability on Amazon