If you’ve played Apex Legends, you’ve probably found yourself stuck in a room with Caustic at some point, watching your health dwindle as your character becomes enveloped in green gas before turning into a loot coffin. It’s not terribly fun, and it’s situations like these that have made Caustic a bit of a bane in the battle royale’s community. He’s getting a nerf in the next big update, and that nerf will git hard.

The cooldown on the Nox Gas Grenade is going up to 3.5 minutes – it was 2.5 minutes before. The gas damage will now tick by at a flat rate of 5hp – previously, it started at 6hp and ramped up to 12hp as you stuck around in the gas.

Those changes are pretty intense, but the devs say the old Nox Gas had gotten “too oppressive in too many scenarios especially considering teammates can play in gas relatively unimpaired. Significantly reducing gas damage (without taking it away completely or having it affect armor instead) seems like a fair compromise that stays true to the character while making him less oppressive on the receiving end.”

The devs add in the patch notes that “We will be monitoring the data and gameplay closely. If these changes hit Caustic’s appeal or effectiveness too hard we will revisit accordingly.”

The topic of how to address the fart machine’s days of raining terror has been the public matter of some debate at Respawn, after someone posted a clip to Reddit of a Caustic play where he was able to wipe the enemy team due to the ring’s small size. The Caustic player simply tosses in his toxic smoke and hides until everyone is no more than a loot box.

Social distancing with my man Caustic from apexlegends

Another player asked how you could counter that strategy, and got a reply from none other than Respawn lead game designer Daniel Klein. The dev admitted that there isn’t really a counter, and that it sucks. The challenge, though, is nerfing the Legend in a way that doesn’t ruin him for long-serving Caustic mains.

“Once you get to this exact situation, there isn’t one, and that fucking sucks,” he said. “It’s something we’re talking about, but we don’t exactly have a solution yet. Creating a shootable central thing for the [ultimate], like Horizon, would work but it’s such a heavy-handed fix (and would probably require us making barrels destructible post-trigger because otherwise, they’re just better than the [ultimate]).

“The problem with all that is what do we give him in return? Because we can’t just make him an unpickable character either. You may not like them, but Caustic mains exist and deserve to have fun too.”

Of course, the current response from Caustic mains over on the Apex subreddit is, uh, less than positive. We’ll see how the changes shake out as people get the chance to play with the new Caustic more, but for now, it’s looking more than a little ironic that these massive nerfs are coming alongside a very Caustic-themed new event. 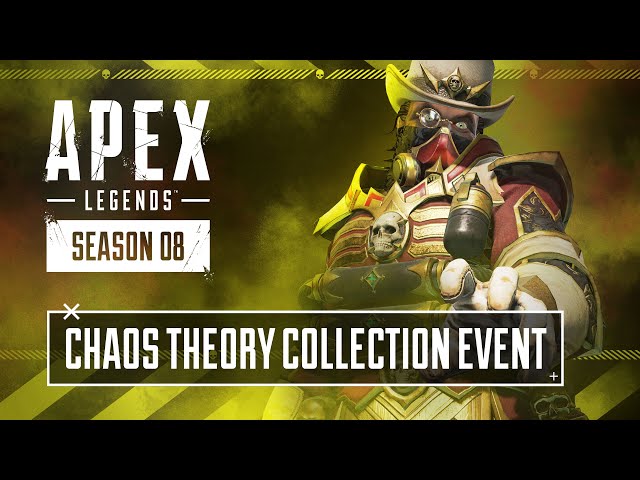 This isn’t the first time Respawn has spoken about nerfing Caustic. Respawn held a Reddit AMA following the launch of Season 8. Associate live balance designer John Larson admits that the gassy Legend is “undeniably strong” and has “the highest win rate in matches that last longer than 20 minutes” following a recent change to his kit.

“Ever since the change to gas allowed teammates to play in gas with relatively no repercussions, there was a lot of unrealised potential that was quickly tapped into within the past couple months,” he says. “Long story short, we hear the community feedback, as a player I feel it’s valid, the data backs up that he’s strong, and he’ll be getting some attention in the near future. In regards to Apex becoming ‘Ability Legends’, as new characters are introduced, it’s important they take up a unique design space.

“This opens the door to potentially devastating synergies between legend abilities. I’ve seen (and experienced myself) the clips of chaotic ability driven end games, and that’s something we’re actively working on resolving.”

Our Apex Legends tier list is about to get a shake-up, in any case.