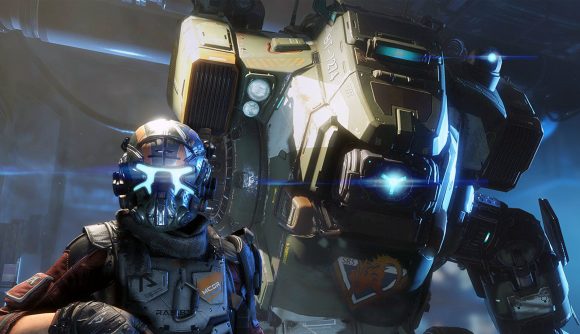 Many Apex Legends players recently had trouble playing, as the game was under attack by hackers looking to “save Titanfall” from, er, hackers. Anyone affected by the hack got constant messages redirecting them to the hackers’ website and were unable to queue for any game mode. Respawn says the issue has since been resolved.

The Apex Legends hack popped up about a “new game mode” which is just a link to a ‘Save Titanfall’ website, along with the note “TF1 is being attacked so is Apex”. Players who were able to finish a round got an “important message” linking to the site, and many have reported that all their playlist queue options were locked out.

Apex Legends News on Twitter reports that the hack is mostly PC-only, although some Xbox players have apparently reported seeing the message in-game too. The hackers are angry about the recent DDoS attacks on the Titanfall games – although the website states that hacking has been going on for three years, and calls the games “unplayable”.

Respawn promised in May it was “investigating” the attacks on the Titanfall games, with community coordinator Garza adding, “we are working on a solution, but this one will take time.” Other players are more upset over similar DDoS attacks, hackers, and cheaters affecting Apex Legends itself, prompting the familiar ‘Save Apex Ranked’ hashtag.

Breaking: It appears a hacker is taking over Apex playlists with a message about 'Saving Titanfall'. pic.twitter.com/XpMzfRNQZB

Presumably Apex Legends was targeted by these hackers over the weekend because it’s both a Sunday and the US’s Independence Day,.

We’ve confirmed that matchmaking has been restored. We’re keeping an eye on things but believe the issue to be resolved.

Thanks for your patience, Legends.

Reached for comment, a representative from EA simply pointed us to Respawn’s Twitter thread breaking down some of the technical details involved in combatting the attack.