Apple is reportedly considering making the switch to ARM-based chips in its Mac computers as early as next year, new reports suggest. The computer giant had been expected to make the switch across its entire product stack at some point or another, but no date has been set in stone. However, Intel officials and developers are now expecting a switch beginning in 2020.

Apple’s Mac computers are fundamentally the same as our gaming PCs, from their memory, storage, and GPUs all the way down to the x86 processors within. However, that is all set to change once the company ditches Intel’s instruction set and chip designs in favour of the ones found in the Apple designed, ARM SoCs within its mobile devices, the iPhone and iPad.

The swap will not only allow Apple to become a little more isolationist by making its own chips, relying only on a third-party foundry to do so, the end goal will be to merge all of its app stores into one uniform store with apps available across all three platforms.

Industry insiders speaking with Axios believe the transition to Apple’s ARM-based SoC designs could begin next year. Bloomberg has similarly reported Apple is developing an initiative to aid developers to develop across iPad, iPhone, and Mac.

The so-called project “Marzipan” will be completed in 2021, coinciding with the change from x86 to ARM. It will offer developers the ability to merge and create apps for the entire Apple ecosystem in one fell swoop.

x86 isn’t dead: These are the best CPUs for gaming

The change isn’t a first for Apple. The company has opting for both Motorola and PowerPC chips in the past. However, Intel has been the sole supplier for Apple Macs for well over a decade, and the change away from the prevalent and widely-adopted x86 instruction set won’t be an easy one. 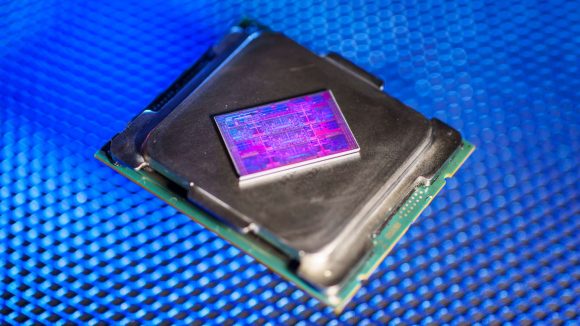 If you thought gaming on a Mac was tough already, it’s about to get a whole lot more difficult. That’s not to say the ARM migration will totally nerf gaming on the platform. In fact, once the App Store is merged in such a way to allow for cross-platform play, Mac owners will have greater access to the massive iPhone and iPad gaming libraries on the App Store… but it’s no Steam.

The move will also kill off Hackintosh and dual-booting to Windows.

Thus the move to ARM will likely be the final nail in the coffin for the MacOS gaming scene as we know it. Sure there’s x86 emulation, but that’s proven to be a tricky task when previously attempted on a grand OS scale, and an excessive hurdle for devs to try to circumvent, too. Even with identical hardware game development on MacOS has been slow going, and that’s without the extra layers of obfuscation sprinkled on top.

Welp, at least there’s always Fortnite. And with giant game devs looking to mobile gaming more and more, there’s at least some gaming potential for the platform’s future.