What are the best skins in Fortnite? And what’s the point in getting a Victory Royale if you don’t have all the cosmetics you need to look ridiculous and fabulous for the showboating finale? This is exactly why there are heaps of Fortnite skins to help you stand out from the rabble, ranging in rarity from low-cost uncommons to garish and gaudy legendaries.

But how can you possibly dig through every Fortnite skin in your now-teeming locker to help you stand out? As the Fortnite item shop only offers a small selection of skins at any given time, it helps to know which ones are worth snapping up when they come back into rotation.

This list includes the cream of the Fortnite skins crop that have been available for purchase in the in-game item shop, or via Battle Pass challenges, Twitch Prime loot, Starter packs, or Founders Packs – so rest assured this really is a true and scientifically sound ranking. The Fortnite item shop refreshes every day, so keep your eyes peeled in case your favourite skin like Skull Trooper or Renegade Raider becomes available for purchase once again.

Here are the best Fortnite skins: 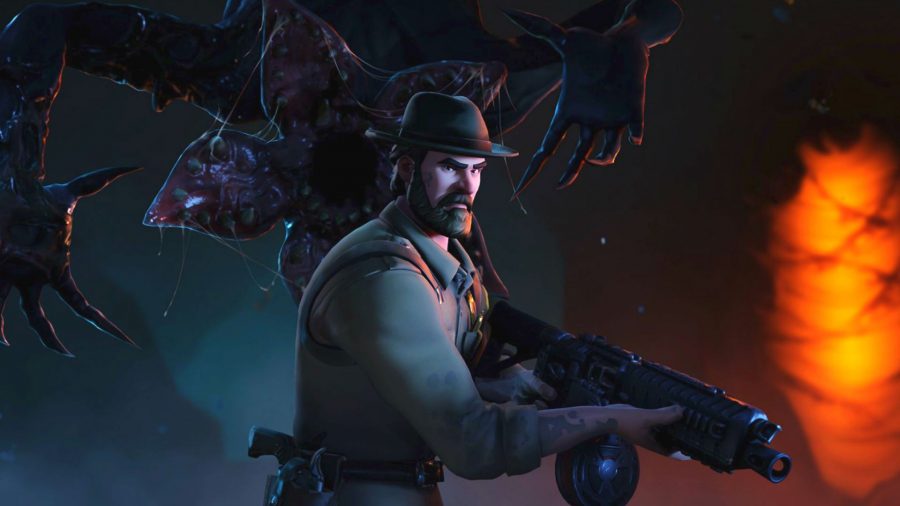 Not only is James ‘Jim’ Hopper Chief of Police in the middle-of-nowhere town of Hawkins, Indiana, now the mustachioed heartthrob is imposing his authority on Epic Games’ battle royale island. Launched in part to mark the release of the third season of the Netflix show, this Fortnite Stranger Things skin will have Demogorgons lurching back to the Upside Down in terror. 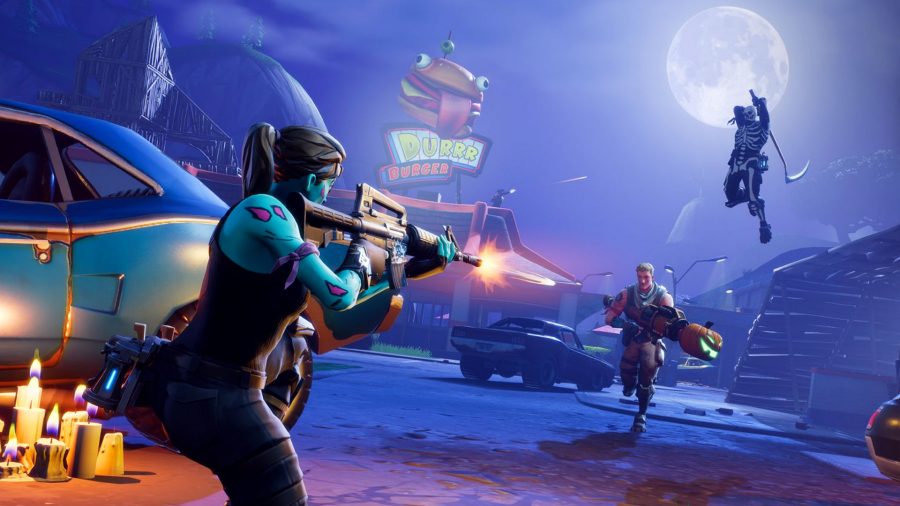 Looking like a budget Halloween costume, Skull Trooper’s popularity is rooted in its longevity. It landed temporarily during one of the game’s first seasonal events, and vanished from the face for Fortnite for almost a year, making Skull Trooper one of the rarest Fortnite skins. 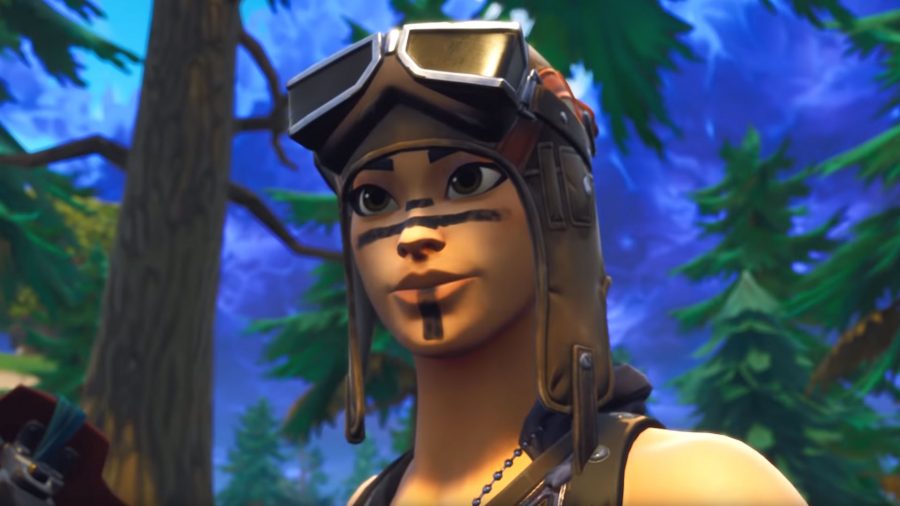 It’s a similar story with Renegade Raider. Transforming you into a cool face-painted fighter pilot, this outfit was available for purchase for 1,200 V-Bucks when the player reached level 20 in season 1. However, Renegade Raider has yet to return so far. 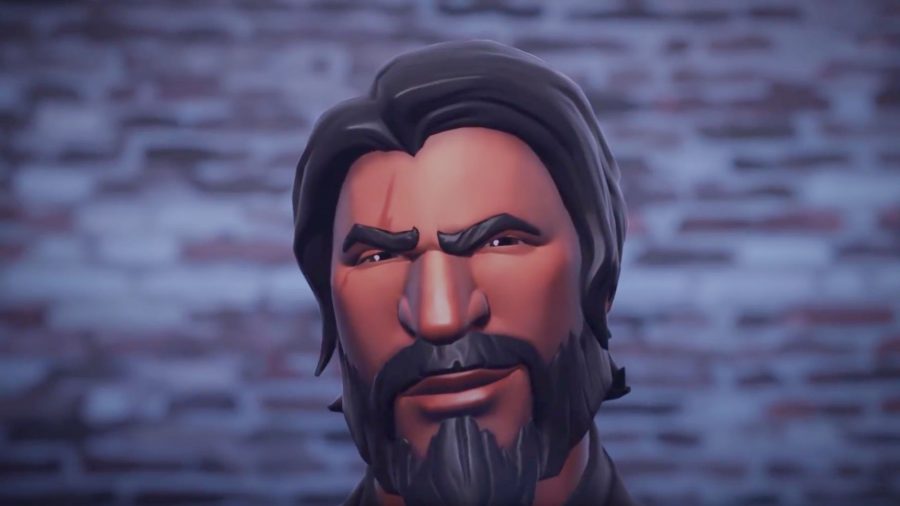 Striking fear into no-skins everywhere, a player donning The Reaper skin – or John Wick as he was widely known – meant they’d reached tier 100 in the season 3 Battle Pass. It meant they were either really good, or had plenty of time on their hands. 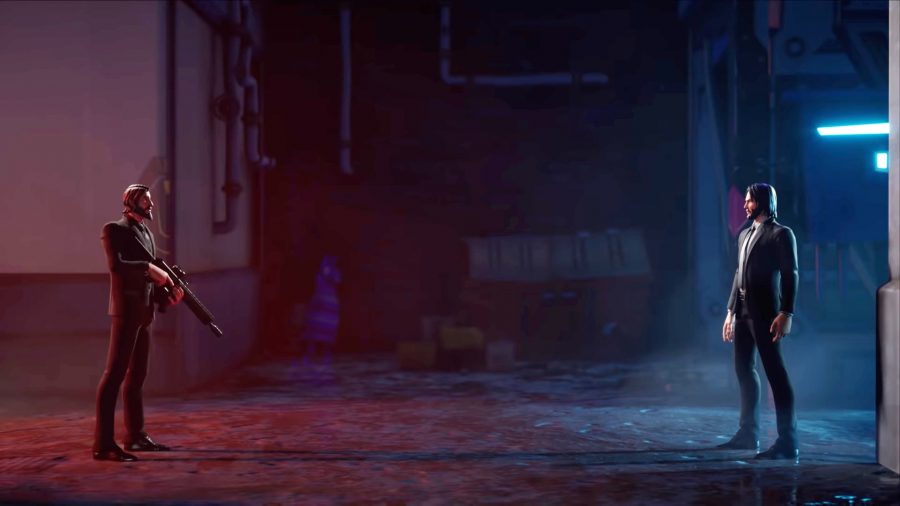 Alternatively, if you would like to actually look like John Wick, then you can pick up the real skin through the Wick’s Bounty limited time event. Limited skins usually roll back around, so this one should do, too, in case you miss it. Regardless, it’s best not to leave it to chance if you can help it. 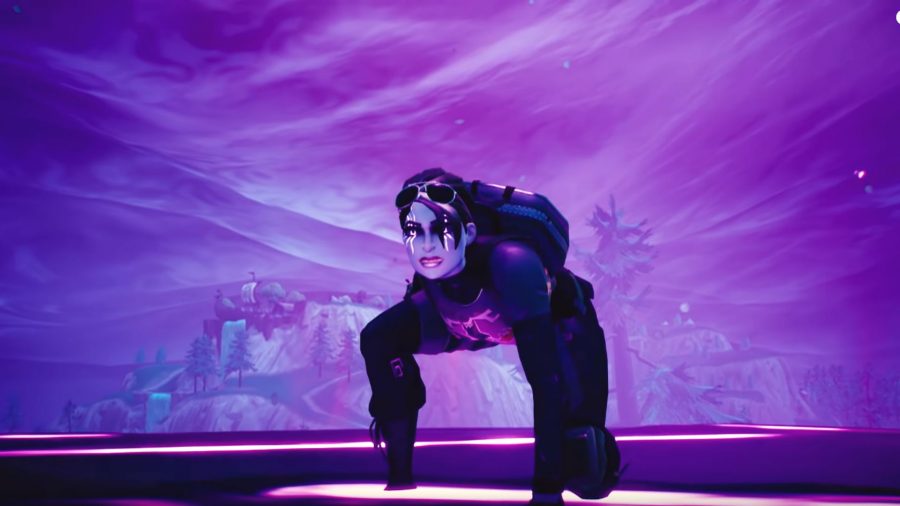 Dark Bomber is a Kevin the Cube-corrupted sibling of Brite Bomber and, given how awesome that prospect is, Dark Bomber is only a rare skin that ran you 1,200 V-Bucks – absolute bargain. Her do-gooder variant has returned in the past, so there’s no reason Dark won’t, too. 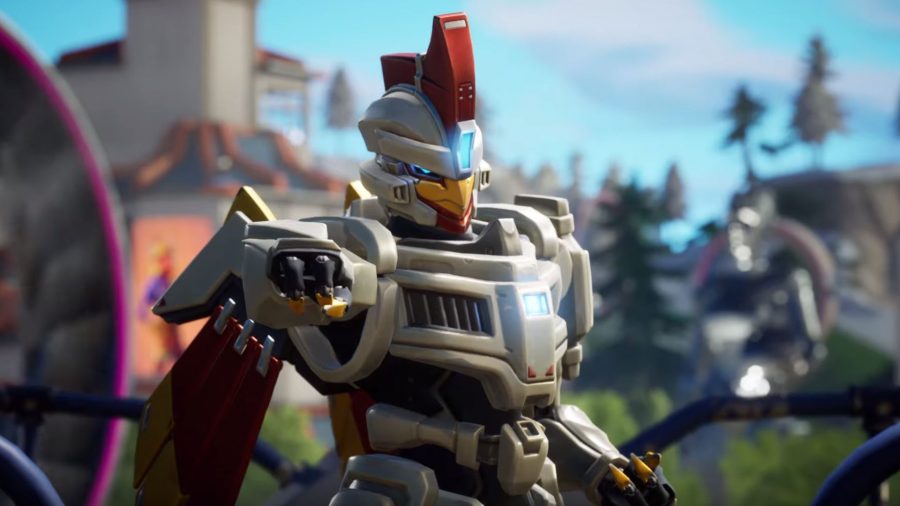 Not exactly as hard to get hold of as some of the other Fortnite skins on this list – Sentinel is a tier 1 Fortnite season 9 skin – but it’s certainly an intriguing one. He’s an aggressive robot chicken, a poultry-based Transformer – what else could you possibly want? 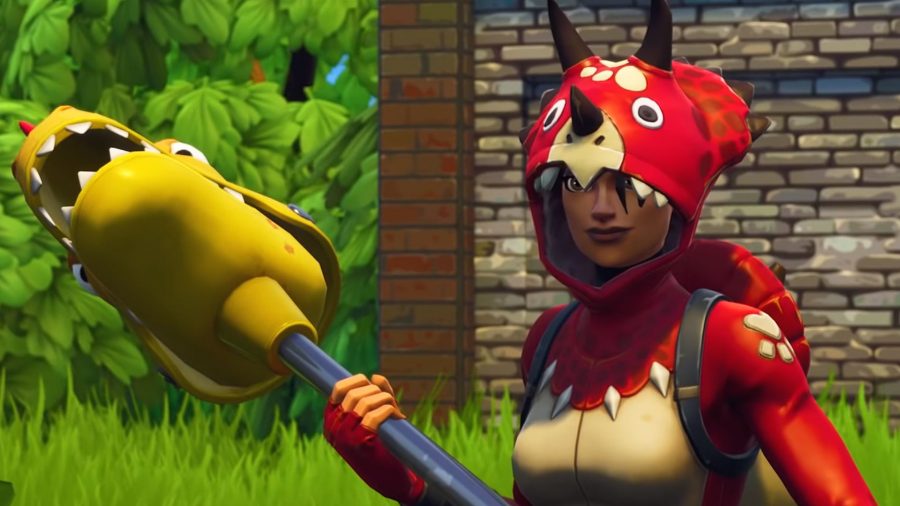 Oh yeah, puns, that’s what else we need. That, and dinosaurs. Now, like Skull Trooper, we’re not especially convinced by the quality of the stitching on this 2,000 V-Buck Legendary costume, but we’re a sucker for a bit of prehistoric wordplay, nonetheless. This skin has only appeared in the Fortnite Item Shop a handful of times, making it relatively rare. 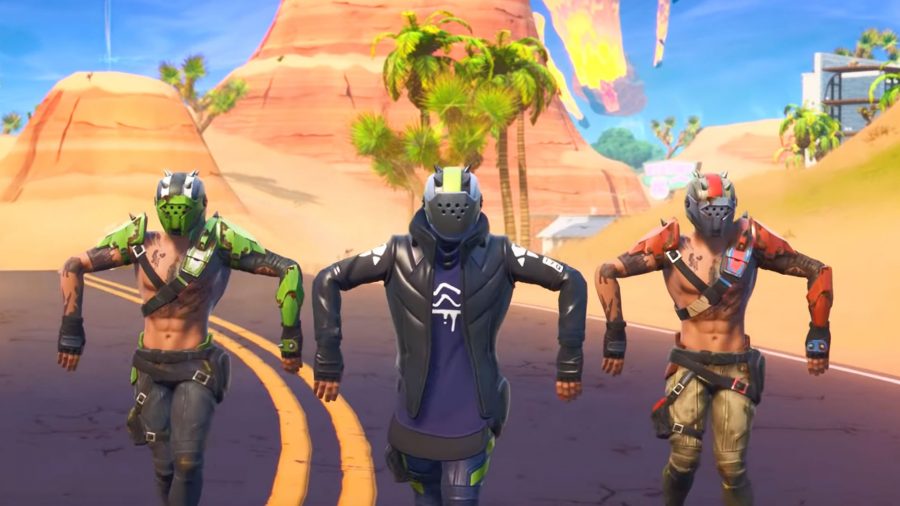 This spin on the Rust Lord outfit from Fortnite’s early days is great for a few reasons: cool tattoos, heaps of different styles, and some chainsaw harvesting tools to match. 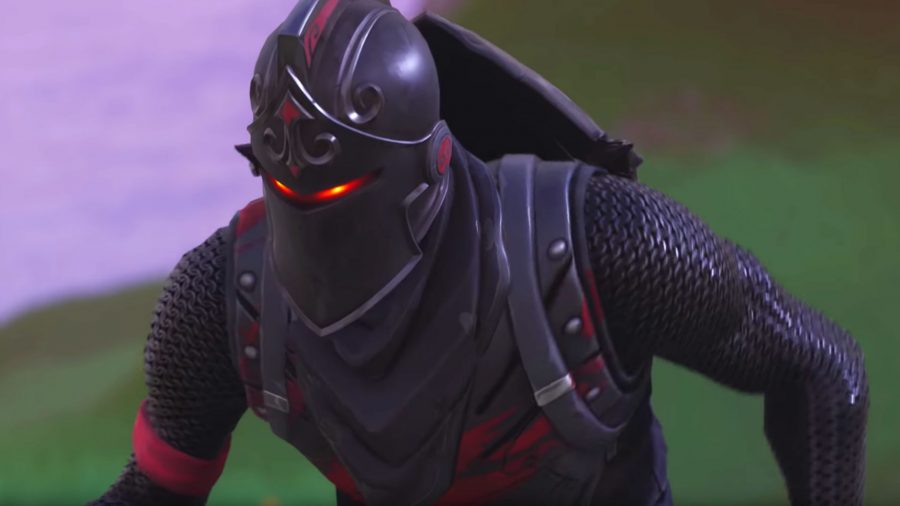 Scourge of Wailing Woods – may God rest its forested soul – Black Knight was available as a reward for players that reached level 70 of the second Battle Pass in Fortnite’s decorated history. Those piercing red eyes are enough to send shivers down the spines of even the hardiest Battle Royale veterans. As it’s a Battle Pass exclusive and Fortnite had a much smaller audience back then, you won’t find many of these roaming around the map these days. 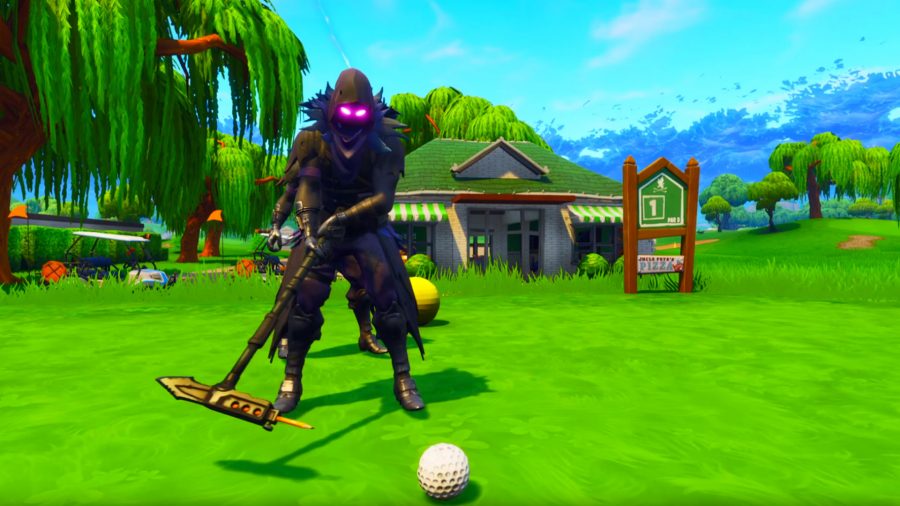 Raven doesn’t just look cool, it’s one of the rarest Fortnite skins, too. This bird-like Legendary has only appeared in the item shop five times in its history, so you’ll need to keep a ready stock of 2,000 V-Bucks for this one. 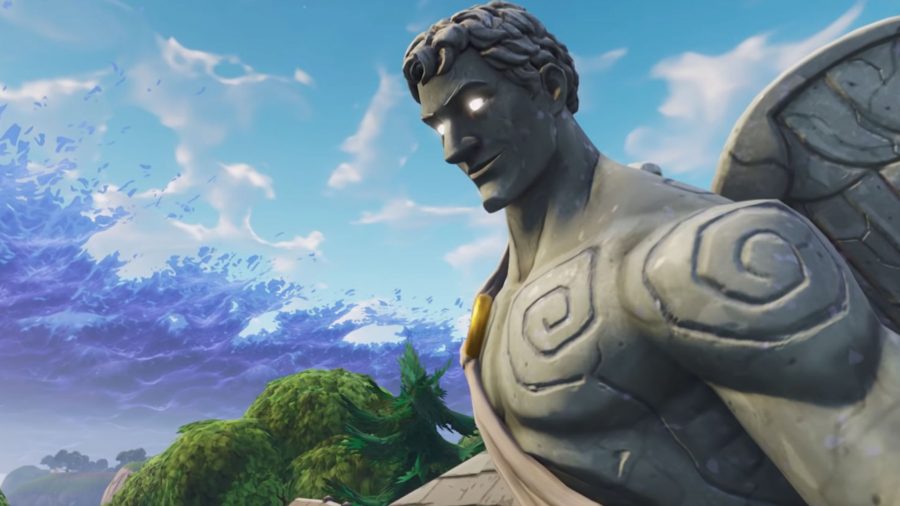 Part of the Royal Hearts set, we challenge you to not fall in love with this outfit. This 2,000 V-Buck Legendary Fortnite skin typically comes back each Valentine’s Day – but don’t use a crossbow on your crush in real life. And definitely not with the Boom Bow. 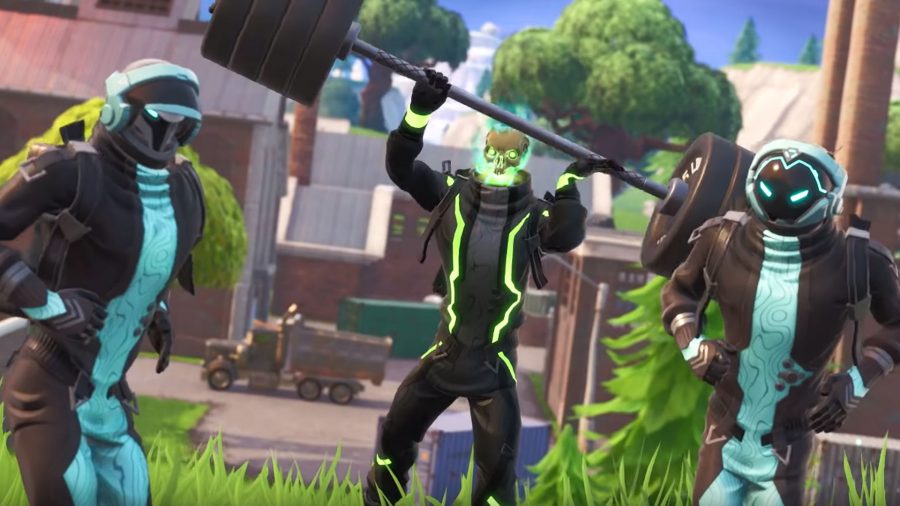 Another Season X spin on a classic – this time the Dark Voyager skin – this skin is worth tracking down for the green flaming skull style. Creepy, ethereal, and very metal.

There you have it: a definitive list of the best Fortnite skins. Keep your eyes peeled on the in-game item shop in case one of these becomes available to buy again, but, if you’re still looking for ways to make your soldier look snazzy, check out our breakdown of the best Fortnite Wraps to kit out your weapons and vehicles. In the meantime, we’re going to get us some more Victory Royales as a default character: we’re playing out of our skin at the moment.