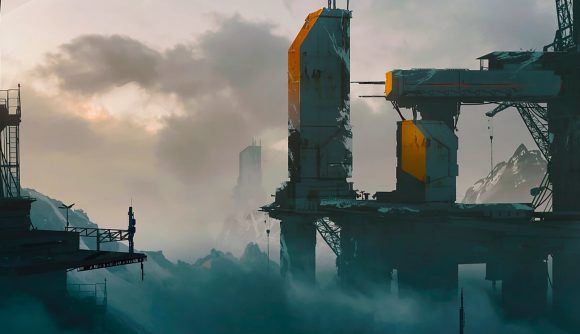 That’s according to the Archetype website, which introduces the Texas-based studio as “an autonomous division of Wizards of the Coast.” The studio is “assembling a world-class team to build a multi-platform roleplaying game set in a new science fiction universe.” Hmmmm.

There are no clues about what this new IP might be just yet, but given the studio’s outlook and BioWare’s history working on the series, it’s possible it could be something reminiscent of the Mass Effect games. The studio says: “At Archetype, we believe there will always be a place for story-driven roleplaying games that put the player at the center of an epic personal narrative with impactful choices.” Though set in a new sci-fi universe – so not a Mass Effect title – it sounds like the title could appeal to fans of the long-running RPG games series.

Given Ohlen’s previous work, it seems like something we should be ready to get excited about, whatever it is, with the dev having Dragon Age, Star Wars: Knights of the Old Republic, Baldur’s Gate, and Neverwinter to his name.

We are thrilled to finally announce our new studio – Archetype Entertainment! Led by @JamesOhlen and @crobertson_atx, we are developing a multi-platform roleplaying game set in an all-new science fiction universe. Check out the website in our bio for job opportunities.

As head of studio, Ohlen says: “Archetype is a chance for us to build the type of roleplaying game that we love to play. Videogames are a uniquely interactive medium. They allow us to give the player powerful choices that have real consequences on how the story unfolds.”

Similarly, Robertson – Archetype’s general manager – says: “We’re leaning on the experience and talent of our entire team to create what we believe will be the next generation of acclaimed, narrative-driven roleplaying games.” Very intriguing. Looks like we’ll have to watch this space.