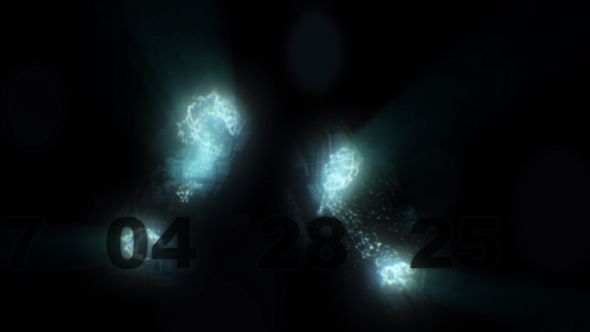 Ark Survival Evolved is teasing… something. A webpage entitled Ark: The Countdown Begins, is counting down to an as-yet-unannounced event.

Here’s everything we know about Ark: Survival Evolved.

In the game’s official launch trailer, a QR code can be seen at the side of the shot at 0:27. Scanning that code takes you to the mysterious website, where a pale blue light source illuminates a series of numbers in a countdown. That countdown is set to reach zero at 18:00 BST on Friday, September 1.

That’s quite strange, since Ark’s full release is scheduled for three days earlier, on August 29, which means that whatever this website is counting down to is something very different. Reddit thinks it could be a new DLC, and says that the announcement is quite similar to that of Scorched Earth, the game’s last expansion. That was also announced “out of nowhere” and would share the September 1 release date.

It seems reasonably likely that this will be the case – it would make sense to launch a big expansion over the weekend, and the devs have said that the full release’s endgame content was designed to set you up for the game’sexpansion packs.