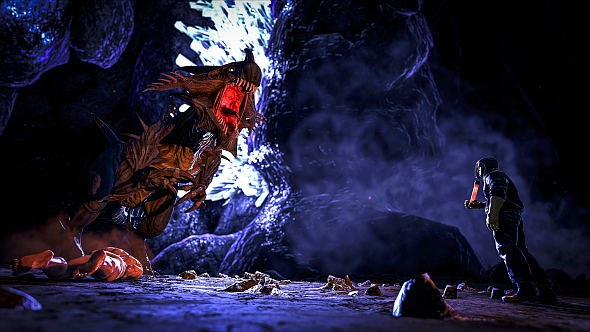 Ark: Survival Evolved “need to have a sequel at some point,” perhaps over the next year or two. That’s according to Jesse Rapczak, co-creative director of developers Studio Wildcard.

After two years in early access, Ark finally had its final release in August. How is it? Here’s our Ark: Survival Evolved PC review.

Ark’s next expansion is Aberration, the focus of which is a malfunctioning Ark whose leaking radiation has mutated a bunch of subterranean creatures.Asked by DualShockers about what he sees in Ark’s future beyond Aberration, Rapczak confirmed that Wildcard already have another expansion planned and in pre-production, with a view to release next year.

Though the studio aren’t working on a sequel right now, Rapczak clarified that they feel the first game’s success has justified discussions of one.

“I think, you know, as we get down the line, over the next year or two, Ark needs to have a sequel at some point. It’s definitely gonna be on our minds about when it’s the right time to [do] something like that.”

You can read DualShockers’ full account of their interview here. Aberration is due to launch later this month.Check it out on Steam for more information.