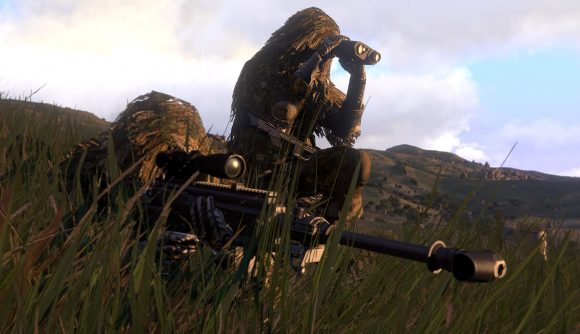 “During the free week, all Steam users will have free access to the Arma 3 base game plus the Arma 3 Apex expansion,” Bohemia says in a press release. “This also includes Arma 3’s full The East Wind single-player campaign and the Apex Protocol co-op campaign. New players might also familiarize themselves with the game’s controls via the Prologue tutorial campaign.”

Arma 3 first launched in 2013 and has since received a number of expansions and DLC packs. We think it’s one of the best multiplayer games on PC. You might also be interested in our list of the 100 best free games, if this Arma 3 promotion has whetted your appetite for cheap gaming.