A massive plane is shot down over Georgia roughly 30 seconds into the trailer for Armored Warfare’s upcoming Black Sea Incursion update. While the reference to events in the Caucasus over the past decade is a little uncomfortable, this moment also serves to set My.com’s tank game apart from the competition as modern and relevant in a way that the well-worn battlefields of World War Two cannot be. In the clamour for attention among the big three free-to-play tank games, Armored Warfare seems to have settled on a new approach for its updates that places story content on an equal plain to  fetishised military hardware.

War, was it it good for? These war games on PC, actually.

Black Sea Incursion kicks off a fresh update cycle for Armored Warfare that will see not just additional tanks rolling into the MMOG, but also an episodic PvE storyline that expands with each new season. Armored Warfare Seasons wrap a tidy, thematic bow around each update, lending a touch of personality that is difficult to convey through a new line of armoured vehicles. 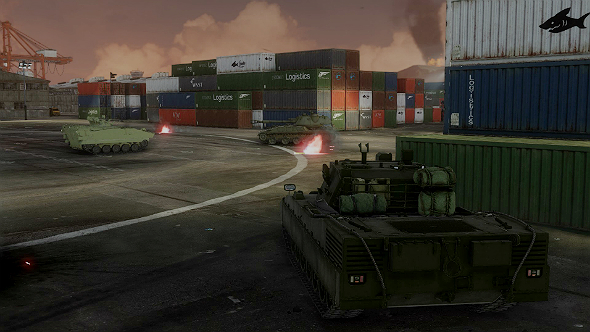 It says a lot that instead of a tank gracing the key art of Black Sea Incursion, it is the stern face of Magnus Holter, the main antagonist in Armored Warfare’s world of private military corporations. Billed as an origin story, the PvE campaign will lead players through a series of missions that explain how Holter turned from respected executive to war criminal. All of this is narrated by Holter himself, with players fulfilling the role of his troops and effectively recreating the events in each scenario.

Naturally, Black Sea Incursion features a range of Caucasus-inspired maps and terrains to accommodate Holter’s story. From snowy mountain ranges to bombed-out cities, the look and feel of this update is eerily similar to news broadcasts of the Russo-Georgian War. The story is nowhere near as dour, avoiding the more inflammatory elements of its marketing in favour of a straightforward tale of corporate intrigue that play out across narrated, co-op RTS battles. Tolstoy this isn’t, but there is enough flavour here to keep players battling from one rugged landscape to the next.

Even ignoring the narrative completely, Black Sea Incursion offers Armored Warfare players the kind of gameplay that MMOGs generally do not cater to: challenging co-op missions. You will need to complete a map on the Insane difficulty in order to unlock the next one, and doing so will require a coordinated and skilled team of tank commanders. Lose one teammate at any stage and you may as well restart because you will need all the firepower at your disposal to get through these engagements. 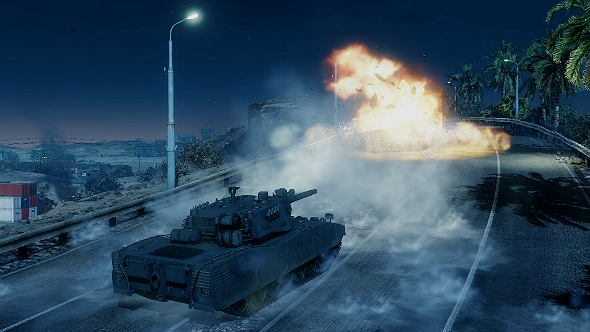 Armored Warfare’s AI is surprisingly competent, and scripted waves ensure your team will always be battling against the odds, pinned down from every direction. The ever-gorgeous CryEngine ensures these PvE battles feel cinematic, with realistic lighting, foliage, and particle effects lending the Black Sea setting its due ruggedness – the dust that kicks up with every thunderous shot from your main cannon is among the best visual effects in gaming.

Of course, Black Sea Incursion would not be an update for a free-to-play tank game without some new tanks as well. An Israeli line of armour bring everything from Super Shermans (modified World War Two tanks) to the latest models of Merkava main battle tanks to the game, along with next-gen Trophy systems capable of taking out not just incoming ATGMs, but HEAT and HE missiles, too.

Much needed overhauls to the game’s armour inspection tool and world map interface also creep into the update, demonstrating My.com’s commitment to delivering a substantial update with Black Sea Incursion. It has a little bit of everything, offering more than just shiny new hardware to bring new and lapsed players alike into the fold. The promise of more to come – another three seasons are currently planned – ensures players have something to look forward to, as well. If you’re starting to find being ammo racked in PvP tiring then Armored Warfare now offers a solid PvE alternative.

Looking forward to Black Sea Incursion? Sound off in the comments below.