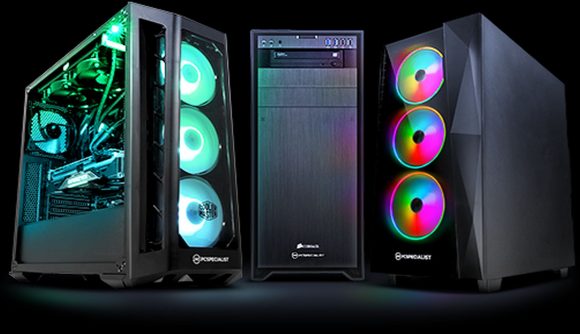 A television advert for a company that sells bespoke PCs has been banned because it “presented gender stereotypes in [a] way that was likely to cause harm.” The Advertising Standards Authority (ASA) has concluded that the advert “strongly implied only men could excel in the specialisms and roles [it] depicted.”

In an ASA ruling published on its website, the body explains that the advert, for UK-based retailer PC Specialist and shown on September 17, 2019 (included below), featured “three men performing different activities on computers, including producing music and coding.” It features a male voiceover throughout, saying things such as: “For the players, the gamers, the ‘I’ll sleep laters’, the creators, the editors, the music makers. The techies, the coders, the illustrators. Bespoke, customised, like no other. From the specialists for the specialists.”

The ASA explains eight complainants believed the advert “perpetuated harmful gender stereotypes by depicting men in roles that were stereotypically male and implying that it was only men who were interested in technology and computers.” These complainants questioned whether the advert breached relevant advertising code.

The body reports that PC Specialist responded with an explanation that its customer base was “87.5% male, aged between 15 and 35 years.” The company said its “product, branding, and service had been developed for and aimed at that target audience and the characters in the ad therefore represented a cross-section of the PC Specialist core customer base.”

According to the ASA, PC Specialist also said it didn’t believe the characters in the advert “represented negative stereotypes.” The company “considered there was no comparison between men and women in the ad and the ad did not imply that women were not interested in computers.” It also said the advert “did not juxtapose men using computers with women not using computers” nor “explicitly state that women did not use computers or that the service was unsuitable for them.”

However, the ASA has upheld the complaints, concluding that the advert breached BCAP Code rule 4.14, which says: “​Advertisements must not include gender stereotypes that are likely to cause harm, or serious or widespread offence.”

The advert “repeatedly cut to images of only men, who were both prominent and central to the ad’s message of opportunity and excellence across multiple desirable career paths,” the ASA said, so the body “considered that the ad went further than just featuring a cross-section of the advertiser’s core customer base and implied that only men could excel in those roles.”

The ASA explains that, while the guidance doesn’t mean adverts can’t feature only one gender, it considered that “because the ad strongly implied only men could excel in the specialisms and roles depicted we concluded the ad presented gender stereotypes in [a] way that was likely to cause harm and therefore breached the code.” Therefore, the body has said the advert must not be shown again in the form that received the complaints.