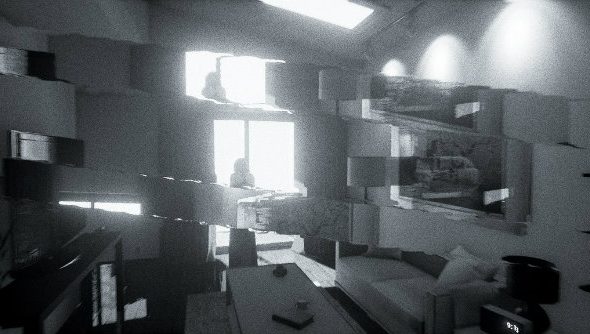 That’s another one for our upcoming PC games list.

Asemblance is a psychological thriller that has you waking up inside an experimental machine that was built to simulate memories. Here you face your character’s past in a world where you’re never quite sure what’s real.

Just so you know, Niles Sankey’s site says he helped concept and develop Condemned’s mannequin scene, so he does have some experience with the unsettling. You know, this one:

As well as finding inspiration in TV, Sankey says the team also took some cues from a couple modern videogame releases.

“We’ve also found inspiration in games like P.T. and The Stanley Parable – experiences that allow players to explore different theories and ultimately engage one another to learn the truth,” he says on the PlayStation Blog. “We were inspired by this approach to create a narrative where you’re never quite sure what’s real or what’s not. We hope we’ve accomplished that in Asemblance.”

It sounds like it’s going to be episodic, too, with a line from Sankey’s blog post saying “it’s the first episode of an expansive franchise inspired by The Twilight Zone, The X-Files and the Black Mirror television series”.

It’ll be released this month once the team has done polishing and adding the finishing touches. See how it’s shaping up below:

Don’t be put off by the PlayStation branding, as Eurogamer have confirmed it’s getting a simultaneous PC and PS4 release.