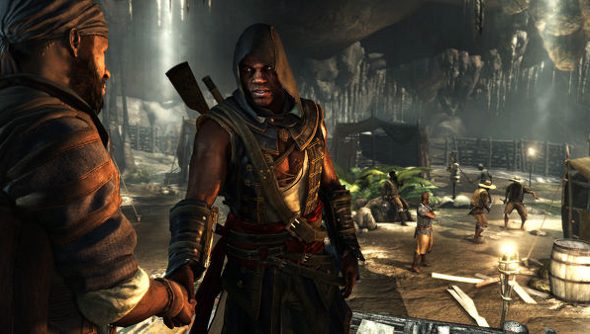 Assassin’s Creed IV: Black Flag was surprisingly wonderful, so the prospect of revisiting the turbulent seas and dirty pirate towns in Freedom Cry is rather compelling , especially when the noble goal of freeing lots of slaves is one of the DLC’s focuses. But Tuesday, the original release date, came and went, and we saw neither sail nor prow of the promised adventure. I felt quite rudderless, without my Assassins fix.

It turns out that Freedom Cry has become the victim of yet another in a long line of Ubisoft delays, which, at this point, should surprise precisely nobody. But it’s still coming soon, we’ll just have to wait a few days. A few days without the bright blue skies and sandy beaches of the West Indies.

Ubisoft released a statement acknowledging the delay, promising folk that it’s on its way. “The PC version of the Freedom Cry DLC for Assassin’s Creed IV Black Flag will release in the coming days. We are taking the extra time to apply a final layer of polish to ensure that it meets the expectations of our fans.” So it’s business as usual, then.