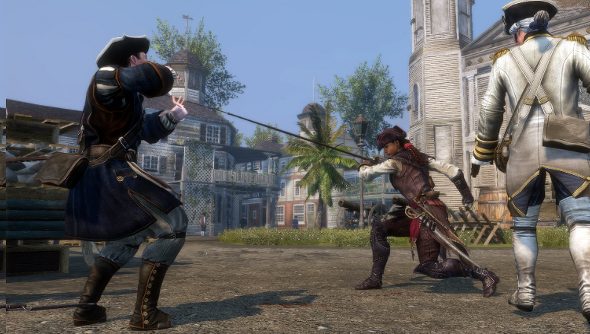 PS Vita turned HD console release turned PC port – it’s been a long journey for French-African Assassin, Aveline. But now Assassin’s Creed Liberation has unlocked on Steam, giving PC players a female protagonist for the first time in the series (if you don’t count the Aveline DLC in Black Flag).

This HD version comes with improved lighting and graphics, gameplay tweaks, new missions and changes to the game world to improve pacing and mission gameplay – though it’s a bit of a step back from Assassin’s Creed IV: Black Flag. It is, however, considerably cheaper for £15.99.

Aveline’s adventure takes place just before Assassin’s Creed III, as she traipses through the vibrant city of New Orleans, swamps steeped in voodoo mystery and crumbling Mayan ruins, where she kills a heck of a lot of people with her dueling pistols, whip and blowpipe.

The setting and strikingly different character is sorely tempting me, but it’s hard to forget what a miserable experience Assassin’s Creed III was, a game it shares considerable DNA with. Are you lovely folk contemplating a purchase?