Whether you want to tame wolves or perform a Leap of Faith anywhere without dying, you have plenty of options. Progression is a little come this time, so we’re here to explain the new system, suggest some simple builds, and recommend the skills you should invest in. Also, if you’re short on the ability points necessary for this, make sure to visit all Assassin’s Creed Odyssey Tombs locations: they contain Ancient Steles that give out bonus points to help you level up.

Assassin’s Creed Odyssey sees the open-world stealth game truly commit to the structures of a modern RPG. That means it’s packed with all the usual RPG gizmos. Among those are the three broad classes in that you can allocate your hard-earned skill points to: Hunter, Assassin, and Warrior.

These skills can be equipped for use in engagements, with up to eight available for the Assassin and Warrior trees, and four for the Hunter tree. With that in mind, we’ve put together a few builds for you to experiment with that offer different attack styles, be that a stealth assassin, a ranged fighter, or heading into each engagement full on.

It’s important to note that a good mixture of both passive and active skills will help increase the overall damage you do. For example, combining Devastating Shot and Sixth Sense abilities will stack the damage that each skill does on top of another, further increasing your power. 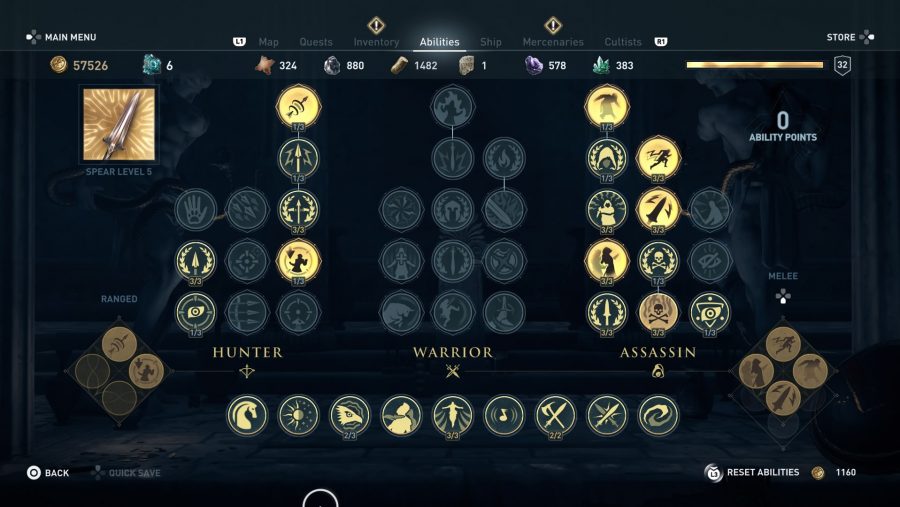 If you want to approach each engagement like a silent killer then the following skills will see you moving like a shadow – it’ll be like you were never there.

There are a few passive skills that are essential for this particular build so you’ll want to unlock them as soon as possible. 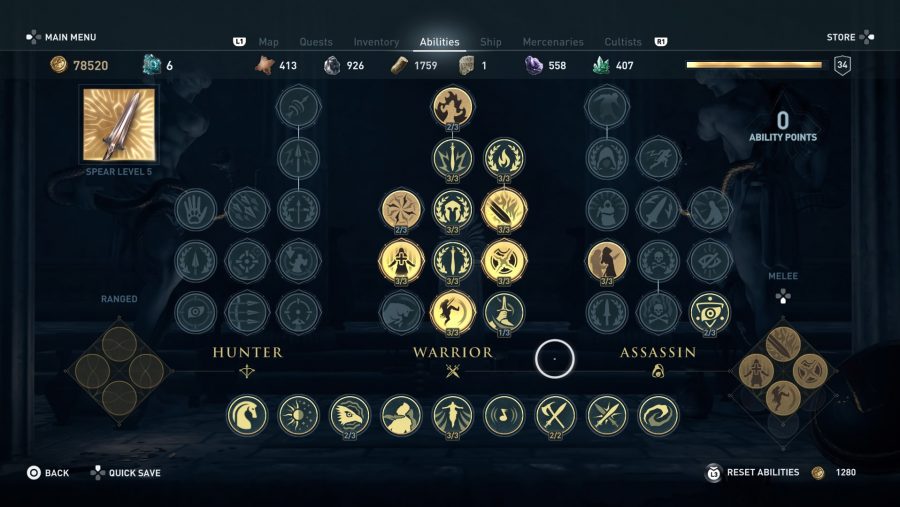 If you prefer to get up close and personal, screaming into the faces of your enemies ‘THIS IS SPARTA’, then here is a build that’ll see you withstanding and winning each battle. 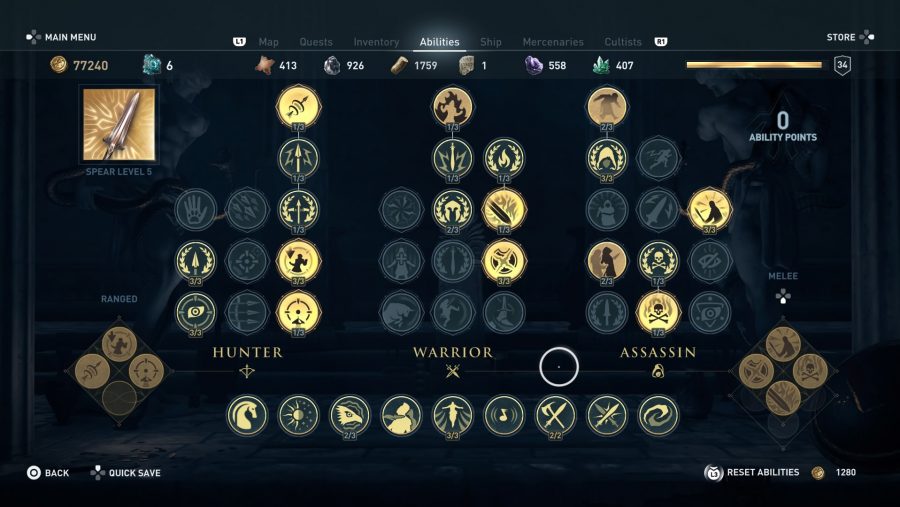 If fighting from a distance is more your style then you’ll need to incorporate a mixture of skills across all three classes.

Those are our suggestions for how you can kit out Alexios or Kassandra, but below you’ll find an exhaustive list of all the Assassin’s Creed Odyssey abilities you can get. Be sure to experiment as much as possible; Odyssey lets you swap out your unlocked, non-passive skills at any point, so feel free to make a change based on your situation or if you just want to freshen things up a bit. 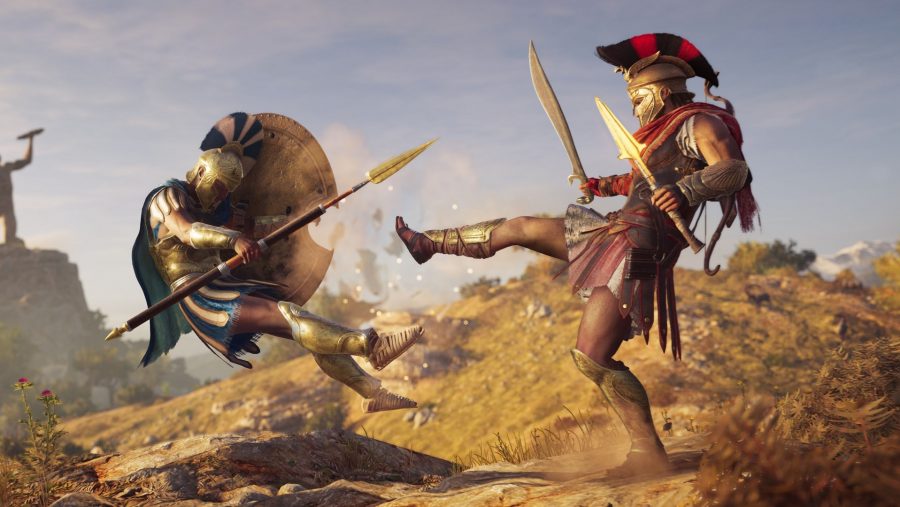 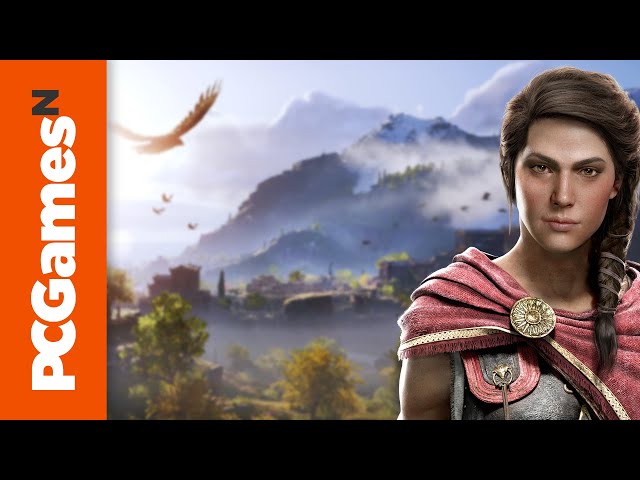 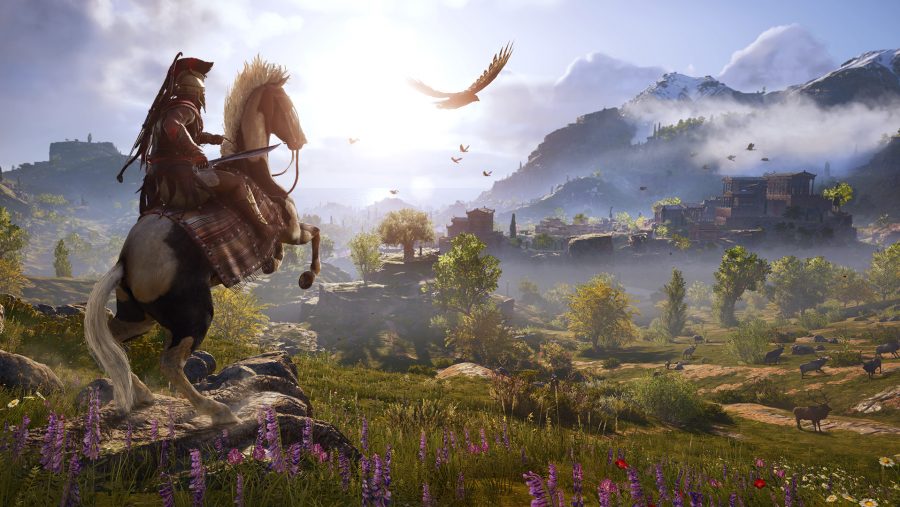 {"schema":{"page":{"content":{"headline":"All Assassin’s Creed Odyssey abilities – the skills you should unlock first for your Spartan","type":"guide","category":"assassins-creed-odyssey"},"user":{"loginstatus":false},"game":{"publisher":"Ubisoft","genre":"RPG","title":"Assassin's Creed Odyssey","genres":["RPG"]}}}}