Assassin’s Creed Odyssey is a beautiful recreation of Ancient Greece, but it’s not entirely faithful to the period. That’s deliberate. The people behind the series that made weird robes with pointed tips and wrist blades famous never claimed to be entirely true to history. They make efforts to stick to period-specific aesthetics and rely on real faces and events, but the series has included magical apples, a time-travelling subconscious, and a fistfight with the pope, for St. Pete’s sake.

Assassin’s Creed Origins was a turning point for the series, made with a slightly more sober and exhaustive approach to its historical setting, which included a new mode without combat that aimed solely to teach people about Ancient Egypt. This revised dedication to history, while taking some creative liberties, was approved by an Egyptologist. And so Odyssey can be held to the same standard, as it’s another attempt by Ubisoft to recreate a certain period in time and be true to its geography, politics, and attire.

That said, Ubisoft still wants to weave its own pocket into the fabric of history, one that goes beyond the scope of archaeologists, where espionage and assassinations were covered up by revolutions and crusades. This is most obvious in Assassin’s Creed Odyssey through the inclusion of mythical monsters from the era – like Medusa and the Minotaur – that can be encountered in and fought in side-quests.

Including these monsters surely throws out all pretence of Odyssey being true to history, or does it? To find out how Assassin’s Creed Odyssey weighs in on the scales of historical accuracy I reached out to Professor Stephen Scully, who teaches Greek Mythology at Boston University, to get his take on whether the likes of Medusa can pass in a game that largely aims to be historically accurate. 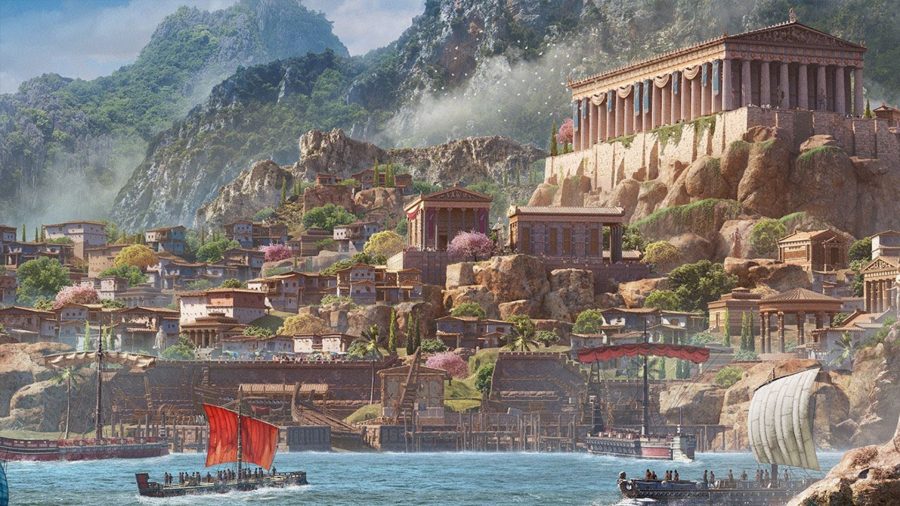 “As an imaginative structure it’s terrific,” Professor Scully tells me, “it adds a layer of engagement with a story. It would work whether the story be a Christian, Muslim, Buddhist, Greek, or whatever sort of story. You aren’t dealing with truth here, you’re dealing with human imagination, and Medusa is a figment of Greek imagination. Our word for myth comes from the Greek word ‘muthos’, meaning story. The Greek people understood these myths as fictional stories.”

The Greeks were constantly changing their stories

As absurd as the concept of these monsters actually living alongside humans is, Ubisoft has a bit of historic ground to stand on, then. While Odyssey doesn’t stick to the theological origins of most of these creatures – traditionally, Medusa is described as the daughter of Phorcys and Ceto, two sea gods – it instead casts them as corrupted by magical artefacts left behind by the First Civilisation. That’s not a method of transformation that’ll be backed up by science but it does at least fall in line with the beliefs of the Ancient Greeks, which is what Ubisoft is aiming for.

“There was a movement among the Ancient Greeks that was very much in concert with what they’re doing here,” Professor Scully adds. “There’s a movement of people who believed that the Greek myths were expansions of normal historical events, so there is precedent.”

That approach, known as Euhemerism, follows the belief that mythological accounts originated from real events and people. Euhemerus, who the interpretation is named after, believed that Zeus was a mortal king who died in Crete and that his tomb could still be found there. So, in some ways, Assassin’s Creed Odyssey’s depiction of history goes along with the rare belief that these legendary monsters are exaggerated versions of real people. 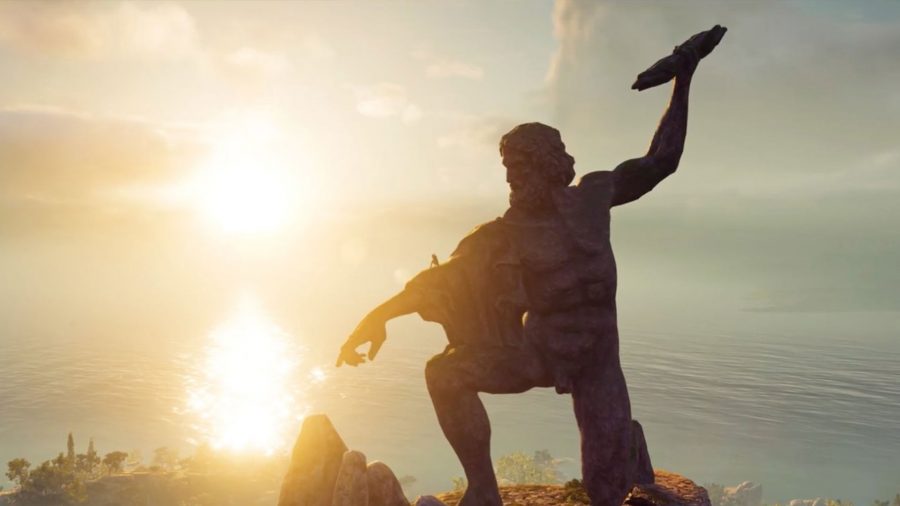 “But the question of belief is always tricky. One way to define the difference between religion and myth is whether or not the person hearing the story believes it,” Professor Scully says. “Certainly not all Greeks thought these myths were real, but I imagine some did. Just the way some Christians would imagine the story of Christ as real, while others would see it as a figurative story – a figurative model to frame their life around.”

Assassin's Creed Odyssey is the most ambitious, complex, and vast game in the series yet. Along with a story of political intrigue, family drama, and murderous cult, there's a war tearing the Mediterranean apart, a sea to sail in your very own ship and, er, the freedom to climb Zeus' penis.

With Assassin’s Creed Odyssey, we see Ubisoft really stretching its muscles in two different departments: those that allow for a gorgeous depiction of history that sticks to the facts; and those that express the studio’s creativity in telling its own stories within that setting. It’s not unlike the Greek playwrights who told tales of heroes thousands of years ago, weaving embellishment into their telling of the truth, upping the entertainment for the listener.

Most the audience at a performance of Sophocles’s Oedipus would already know from the myth that the main character would kill his father and marry his mother, but they wouldn’t know how he would discover his crimes or how he would react to them.

Role with it: the best RPGs on PC

“It’s about a sense of freedom, Aristotle said the Greeks love it when the tragic playwrights make up a story – so the Greeks were constantly changing their stories,” Professor Scully tells me. “The Athenian audience would love when the plays were new, so it’s almost a Greek tradition to constantly make changes. It’s hard to make them completely new, like make the Trojans beat the Greeks in the Trojan War, but you still have freedom in how you tell the story.” 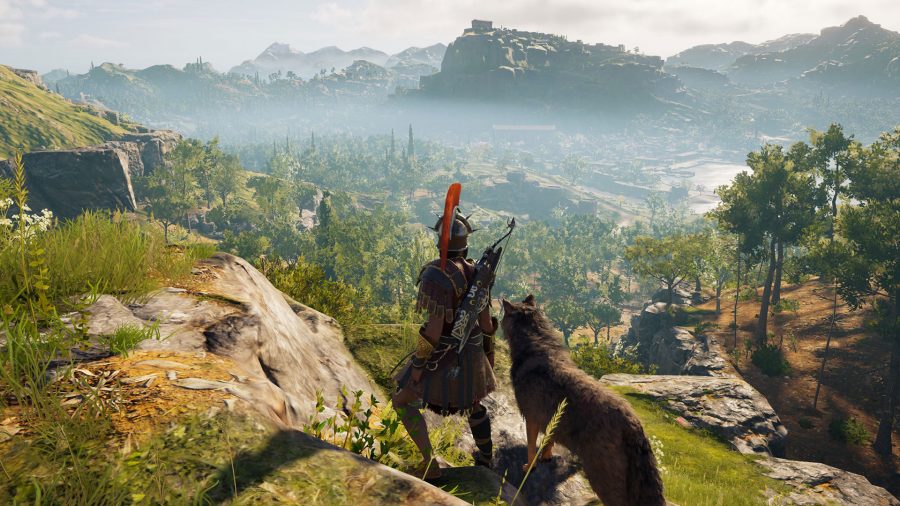 Ubisoft gets the best of both worlds. It creates a game that is dressed in period appropriate clothes – statues, buildings, and the culture of the time are largely accurate and full of details that historians will be thrilled to see brought to life. But it also captures something of the spirit of the Ancient Greeks as Ubisoft is able to be as playful with the stories as the Greeks were themselves.

Previous Assassin’s Creed games steered clear of outright magical monsters – though, let’s not forget the teleporting final boss of the original game – but this newfound freedom to embrace the myths of the time periods the games are set in has me excited for the prospect of future games in the series. Who wouldn’t want to step back into the briny boots of Edward Kenway and battle a Kraken or face off against a ghost ship?