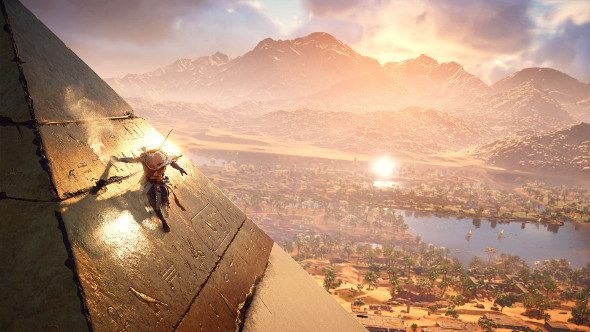 The more I hear about Assassin’s Creed Origins, the more eager I become to see if it actually manages to eschew the series’ tropes in a way that hasn’t been done since Black Flag. IGN’s been enjoying a behind the scenes look at the game where Ubisoft have been keen to show off how it’s focusing on exploration and mystery.

Here’s everything we know about Assassin’s Creed Origins.

One of the biggest changes coming with Origins is how players will have to actively explore rather than relying on maps and icons. Unity was one of the worst offenders when it came to this, filling the map of Paris with symbols and signposts, making it simultaneously hard to parse and absent of mystery. Not so in Origins, apparently.

“We needed to revisit the pillars of how we let players enjoy this big world,” producer Julien Laferriere says. “We really wanted to play on the natural elements of the map. One of the first decisions we made was to get rid of the minimap. We have a compass now. The goal is really to immerse the player in the world – that’s why we introduced the question marks.” 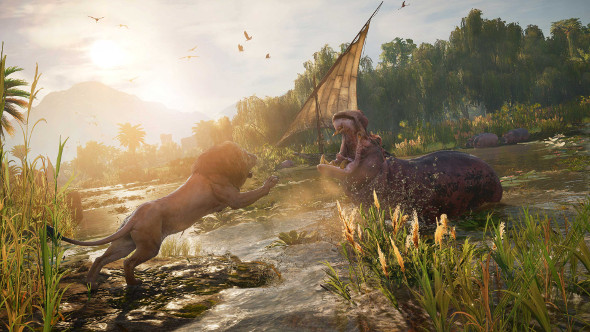 These question marks can be discovered by coming across points of interest while walking around, or by sending your bird, Senu, on a reconnaissance mission. Even then, however, you won’t know exactly what they are, encouraging further exploration.

“We want players to see those in the world and want to go take a look,” Laferriere says. “The way we shape the world also influences exploration. Verticality is very important. If you can’t see past that dune, or hill, or those trees, you want to get there and see what’s past those points.”

This open approach to world exploration extends to the quest system. In previous games, missions are these discrete events that lock you into them once started. If you accept a mission, you have to complete it or cancel it before taking on another quest. In Origins, you have more agency, collecting quests and starting or stopping them on a whim. So, if you’re on a mission but discover something more interesting to do, there’s nothing stopping you from experiencing the new diversion.

Origins’ historian and art directors also shared some insight into the setting. They didn’t want to go for the cliched desert setting, and so have squashed many of Egypt’s different ecosystems into one area. 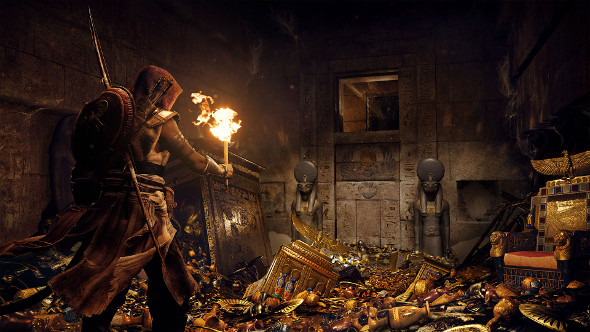 I’ve been wondering why the Ptolemaic Egypt era was chosen since it was announced, and historian Maxime Durand makes a compelling argument for why it’s the right fit. There’s the interplay between Greek and Egyptian cultures, for instance, and we also get to see both familiar and ancient ruins as well as monuments and cities that are still new.

“At the point Origins takes place, Egypt was almost 3000 years old,” Durand says. “So a lot of locations were already forgotten. This was perfect for us to push discovery and exploration. If we would have set the game during the building of the periods we would have limited the potential of the experience.”

Check out IGN’s in-depth look for more details and videos.