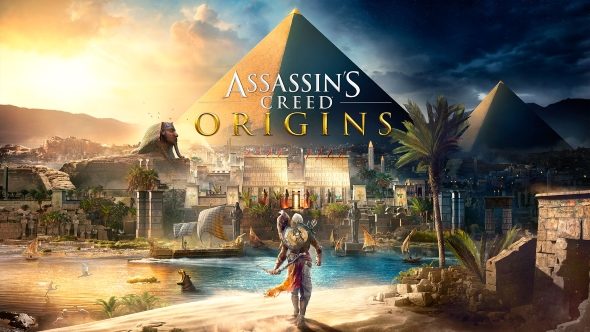 It’s not often that triple-A game development bumps up against cutting edge archaeology, but it seems that 2017 is the year where anything can happen, and probably will.

If you’ve been keeping an ear to the ground on science news, you might have heard that scientists recently confirmed the existence of a previously only-theorized hidden chamber within the Great Pyramid of Giza.

Not to be one-upped by anything as constraining as confirmed reality, Ubisoft’s sandy sandbox action-adventure already contains the chamber only confirmed to exist this week.

On the fence on Origins? You’ll get sand in your crack that way. Check out our review of Ubisoft’s latest AAA behemoth instead.

While Kotaku went into the revelation in detail after editor Stephen Totilo joked about the game needing a patch after the hidden chamber was confirmed real, the basic expanation is that, as befitting a game so steeped in questionable history and pseudo-science as Assassin’s Creed, Ubisoft worked in conjunction with French architect Jean-Pierre Houdin, who had long theorised about the inner structure of the ancient building.

Houdin’s theory had been considered controversial among egyptologists for quite some time, but what series better series to fill with slightly questionable scientific conjecture than Assassin’s Creed? It’s a brilliant coincidence that the real science ended up backing the conjecture with such perfect timing, though.

The inside of the Great Pyramid is a purely optional area in-game, home only to one of the Tomb Quest side-missions, where you pick through the ancient structure in search of treasures and artifacts. It would have been easy to skimp on the art and architecture, but clearly Ubisoft have some true archaeology nerds on-staff, with a desire to go that extra mile for authenticity.