After screenshots, a shirt, and a whole lot of rumours, there’s apparently been yet another leak of Assassin’s Creed: Origins.

For things that are definitely coming this year, check out our list of upcoming PC games.

This time around it’s a shiny card indicating that the purchaser has reserved a copy of the game’s steelbook gold edition. If legitimate, the card confirms that we’re going to Egypt this time around. It also confirms a season pass and a bonus mission (‘Secrets of the First Pyramids’) that looks to be a pre-order exclusive. 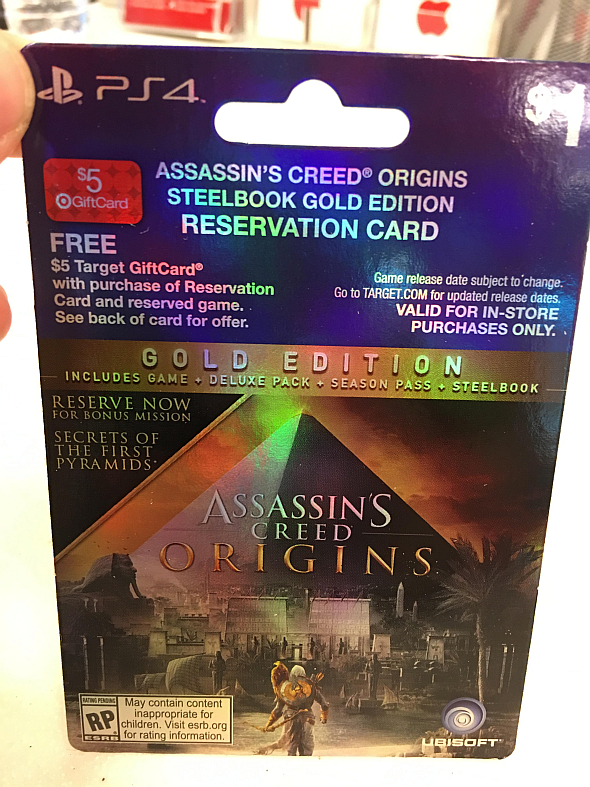 The leak seems to have emerged on Reddit here. It looks legit, though it’s perhaps a bit suspicious that it doesn’t have Ubisoft’s new logo. If the game is coming out this year it’ll be at E3, so not long until we know for sure.

Update May 30, 2017:Ubisoft just can’t help the leaks, can they? Not only has an Egyptian setting for the next Assassin’s Creed been rumoured since the beginning of time, but now that setting has been confirmed by some official merch.

An image of a t-shirt has leaked online, revealing the next game’s name to be… you guessed it – Assassin’s Creed: Origins. It also shows the game’s protagonist and the logo. 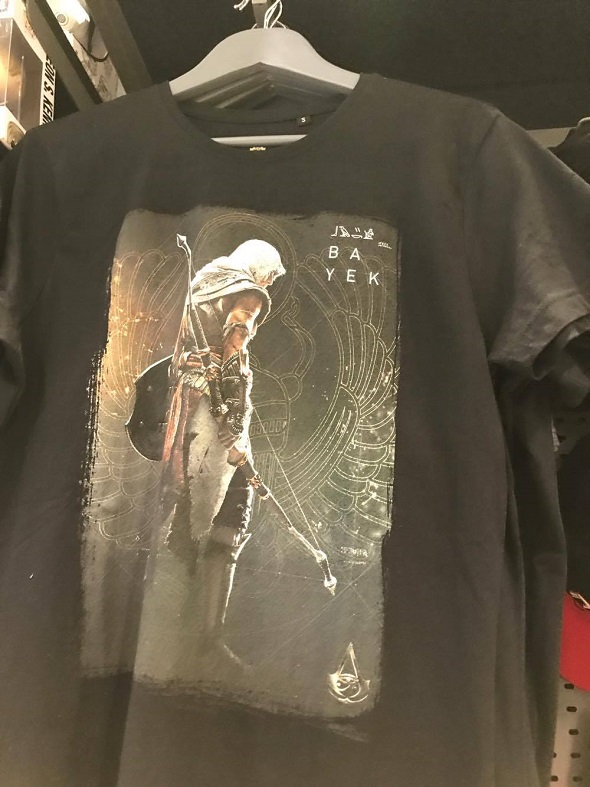 As you can see, the t-shirt shows our new protagonist, Ba Yek. He’s rocking hidden blades, a shield, and a bow. Just above his name is a date: 49BCE. It’s likely that’s when the game’s set, then. At least partially.

If you wanted more evidence of the Egyptian setting, just look at the Assassin’s Creed logo in the bottom right. Is that the Eye of Horus? Sure looks like it. Now we just need a trailer to leak.

Update May 9, 2017:The info dam seems to have broken for Assassin’s Creed: Origins, with a leaked image showing off the game’s Egyptian setting.

Leaked by Reddit usershoutoutstoashraf, a image of Assassin’s Creed: Origins has surfaced online which not only shows off the return of naval vessels, but that the game is indeed set in ancient Egypt. This legitimacy of this image has since been assured bythree sources close to Eurogamer, all but confirming the WWG report from over the weekend.

The image (seen below) shows the game’s main character sailing a boat up what appears to be the Nile, for a mission titled “Assassinate the Crocodile”. The current mission objective is to follow Shadya to Khenut’s villa, presumably to get the location of the offending reptile. Khenut is one of the wives of Egyptian king Unas, who lived during the Fifth Dynasty of Egypt, from around 2375-2345 BC. 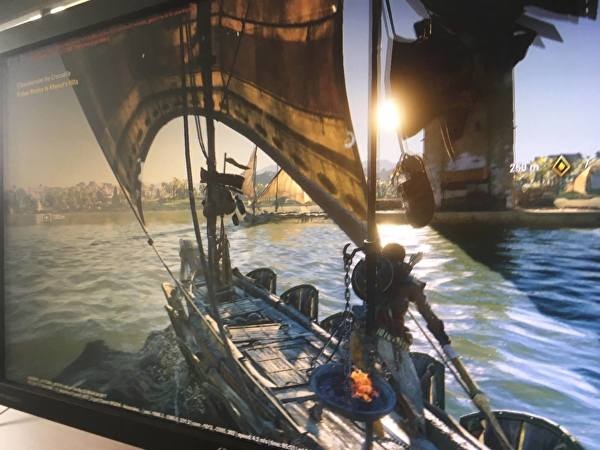 The shield, bow and arrow seen on the main character’s back also matches up with the description of the main character given by Reddit user Sirusavath. By all accounts then, we should get official confirmation of Assassin’s Creed: Origins by the end of this month.

Original story May 7, 2017: After taking a break in 2016, it seems that Assassin’s Creed will be returning this year if new rumors are to be believed. Titled Assassin’s Creed: Origins, Ubisoft are allegedly planning to launch this new installment in autumn of this year.

First detailed by WWG, these new rumours expand on a report published by Kotaku in early 2016, which talked of a new Assassin’s Creed with the working title of Empire. This sequel was rumoured to be set in ancient Egypt, with potential plans for a trilogy which saw the protagonist moving to ancient Greece and then to ancient Rome. According to WWG, the title is still set in ancient Egypt, with players able “to sail the Mediterranean” and go “even as far as Greece.” The additional year of development time has allowed the team to expand in scope, resulting in “the biggest Assassin’s Creed the company has ever created”, according to one source.

The plot apparently centres around the original Assassin’s Guild, which explains the new title of Origins. Much like Syndicate, Origins will have both a male and female main character, with players choosing between the two as they explore ancient Egypt and beyond. While the main quest will be centred in Egypt, an internal teaser trailer is reported to show Origins transitioning between time periods and locations, “including an Asian country, WW2 era France, and a modern day Abstergo Industries facility.”

While these rumours seem to corroborate Kotaku’s previous reports, make sure to take everything with a hefty pinch of salt. The run up to E3 is rife with believable rumours and hoaxes, so don’t get your hopes up too high. We’ll keep you updated if any further news comes to light.