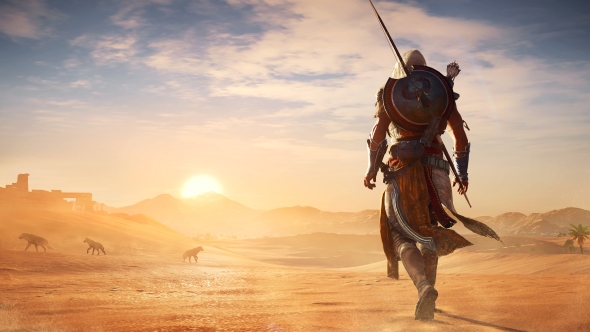 Upon release, Assassin’s Creed – as the name suggests – was a game about quietly murdering folk. It was born from a Prince of Persia prototype, the vestigial remnants of which remain in its parkour-based movement system, but was expanded to become a new game that focused on social stealth and silently shanking people in the Middle-East. You were a hooded blade in the crowd.

While it wasn’t the best game, the first Assassin’s Creed was bursting with imagination and was laser-focused in its concept. The second game expanded on its premise and, along with its Ezio-based spin-offs, cemented itself as the best in the series. The series has undergone a lot of changes since, adding in vehicle sections, taking a stab at tower defence, and even letting us plunder the Caribbean as pirates.

It’s all been a bit hit-and-miss, though. All these games later, Assassin’s Creed is still trying to find itself, like a 50-year-old student taking a gap year. The previously annually released series did actually take a gap year, too, promising to come back reinvented and refreshed. Assassin’s Creed: Origins is the result of that break, taking us back to the time when it all began: the Creed’s formation in Ancient Egypt. 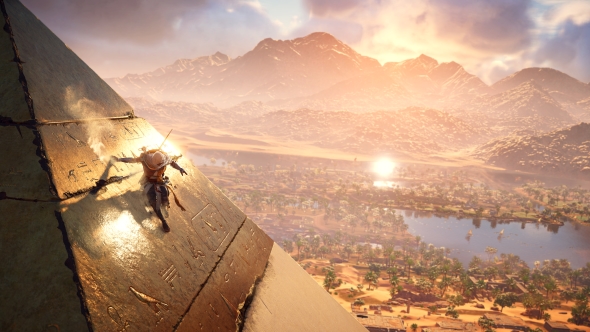 That’s the Assassin’s Creed, by the way. A creed of assassins. You know, those folk who are famed for taking out specific targets, usually through silent methods. The thing is, Assassin’s Creed has increasingly been a series about fighting loads of guards in front of crowds of people. These hooded thugs do it well, of course, but they’re not a street gang called Guard Brawlers R Us, are they?

When you’re not blending into a crowd, sitting on a bench, or lying still in a stack of hay, Assassin’s Creed has always been pretty bad at stealth. It does the old ‘hide in the tall grass’ thing most games with rudimentary stealth do these days, but the controls – particularly when you’re navigating across rooftops and up walls – just don’t gel with sneaky-fun-times. It’s enough of an ask to make your avatar jump in the exact direction you want them to.

Assassin’s Creed: Origins expands the series’s stealth lexicon by ripping bits out of Ubisoft’s other games: your eagle is the drone from Ghost Recon Wildlands; and you can burst open the enclosures around caged animals to make them fight for you, like in Far Cry. Ubisoft should instead be looking for inspiration from a different series altogether: Splinter Cell. The Splinter Cell games nail stealth, and the the most recent two manage to marry it to aggression – a perfect fit for a freerunning killer. 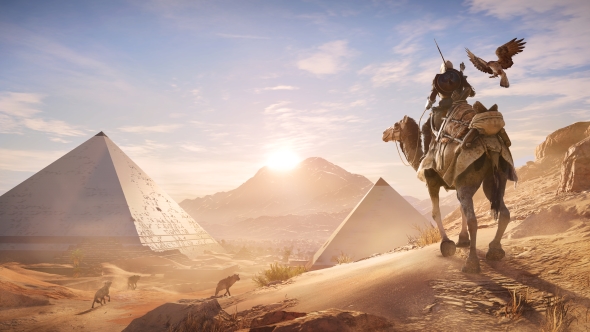 Instead, Ubisoft are adding in RPG mechanics. Loot and damage numbers are fine – and I’m actually looking forward to trying Origins – but one aspect of RPGs really doesn’t work with stealth: levelling. Particularly in Ubisoft’s approach here, where high-level enemies can shrug off stealth attacks. Find yourself in an area you shouldn’t be in and your best tools are taken away. Stealth kills should be kills, no matter what level an enemy is. If you mess up stealth and have to fight them, fine, make the combat hard. But don’t strip away the one tool that the series is supposed to be about.

It feels like Ubisoft have forgotten the appeal of the series in an attempt to push it forward. They’ve lost what made Assassin’s Creed a hit in the first place – the promise of a historical assassination sim. Instead, it’s leaning into current popular trends. Look, I’m all for trying new things in games – and I really do hope that I’m completely wrong and Origins ends up being a masterpiece – but I didn’t get into this series for never-ending fights with overpowered goons. I want to be a blade in the crowd again.