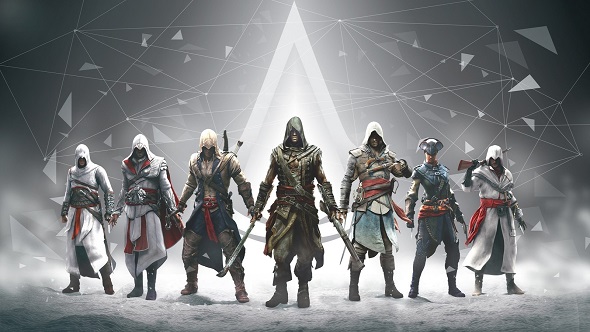 We’re well into the season for rumours and leaks with E3 almost upon us, and now an anonymous 4chan user has posted a slew of what they claim are new details from the next Assassin’s Creed game. Notable highlights are that the modern setting is to be expanded, that a trilogy starring the new protagonist is planned, and that there will be no naval combat, despite the return of boats.

Play around in more digital sandboxes with the best sandbox games on PC.

Here’s the thread, in which they supplement their original post with answers to questions from other users. There’s also a helpful summary on the Assassin’s Creed subreddit, courtesy of Valtari5.

Obviously these are all rumours and unconfirmed leaks, so you know what games journo cliché is coming: apply some salt (the sceptical kind, not the bitter, sore-loser kind). Valtari5 argues that it’s believable because 4chan also leaked the first of two images from the game that have emerged so far, but note that only the second of these has been authenticated.

Highlights from Valtari5’s summary are:

We reached out to Ubisoft for more, and received the anticipated advice that they don’t comment on rumour or speculation.