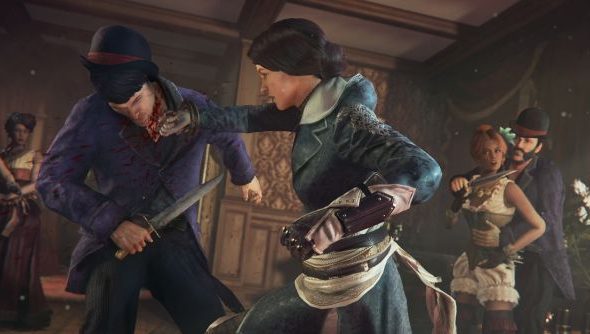 Assassin’s Creed is taking this year off to re-evaluate, and when it comes back Ubisoft want it to be regular, but they won’t commit to annual. Speaking to investors at a recent Ubisoft event, CEO Yves Guillemot spoke about how the industry had evolved into constant support for long-running games rather than cyclical, yearly releases. On the PC, this has never been more true, while the consoles are getting their exposure to it via the likes of Destiny and GTA5 in more recent years.

The thrust of Guillemot’s point is that the industry is becoming more multiplayer-focused, and with that is an expectation of long-running support from developers and publishers. Ubisoft is following suit, something a glance at The Division, Rainbow Six: Siege, For Honor or Ghost Recon: Wildlands will tell you immediately. Obviously, Far Cry Primal indicates there’s still room for single-player in their portfolio, but it’s a definite shift to follow trends.

As well as confirming that Assassin’s Creed would take a year off, Guilletmot wouldn’t confirm that when it does return in 2017 it will go back to being annual.”The goal is not to automatically come back to an annual cycle, but to come back on a regular basis.” he said.

I’m no hater of established franchises, but if gaming as a whole moves away from annual releases and into two- or three-yearly blowouts, with lots more IPs in the mix and long tails of support on each, I can’t see it being a bad thing. Talking with the PCGN team this morning, Jeremy pointed out that the win in goodwill would be massive just on its own, with far less franchise fatigue dogging every announcement of what should be another massive game. Bioware and Bethesda have survived for years putting out a game every so often in their major franchises, while various PC developers – Riot, Valve and Blizzard most prominent among them – make it obvious how well continuous support can work.

Their big plans come in money form as well – Ubi wants to grow revenues 60% by financial year 2018-19, not only through games but multimedia projects, such as the Assassin’s Creed film.