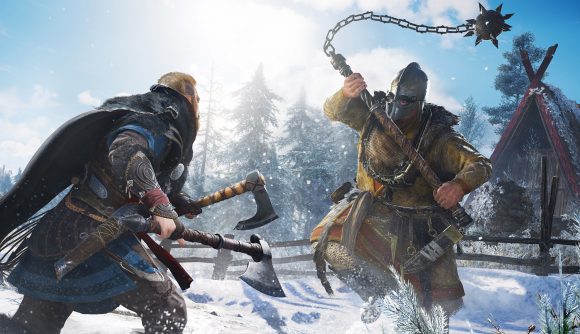 We won’t spoil what the reward is, but we’ll tell you how to get it. You and your clan take over an old settlement reasonably early into the game. As you continue through the main campaign, you’ll get materials you can use to upgrade the place: new buildings, areas, and more. You’ll want to invest in a small trading outpost, though, as that’s where you’ll stumble across the Death Stranding questline.

Mull around behind the shop, and you’ll find four random items and a list explaining who they’re for. After that, talk to the shopkeeper to find out that the people mentioned haven’t come to pick up their stuff. If you put yourself forward to do it, the Death Stranding homage quest kicks off. Doing the quest does put me in mind of Death Stranding as carrying objects across large distances makes innocent things feel more threatening, like a roaring river.

One tip I found to be useful, and a timesaver, was stickin’ the items into a boat. If you want a more visual example, you can check out the video below: 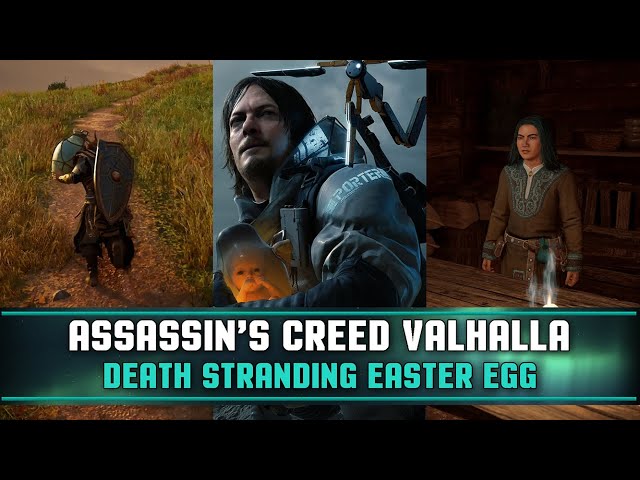 If you’re new to the series, then our Assassin’s Creed Valhalla beginner’s guide will point you in the right direction.