The idea of interplanetary travel has captured the imagination for over a century now. From the novels of Jules Verne, to the poster-adorned walls of wide-eyed kids, and don’t forget the pulpy science fiction of the 1950s which was born out of that decade’s rush to get humans on the Moon.

The image of space has always in some way represented the idea of human progress. However, it has also given rise to another equally powerful and persistent image: that of a lone explorer displaced, longing for home across an ocean of stars – think movies such as Robinson Crusoe on Mars, Moon, Interstellar, The Martian.

System Era Softworks’s Astroneer, a craft-‘em-up survival game about travelling to distant planets, draws from both ideas for inspiration. At first glance, the game paints an optimistic and potentially naïve image of space travel. Research and discovery are key to the game’s progression: you must study alien flora, research new modules, and find materials out in the world to craft them. While, elsewhere, the design of vehicles and the Astroneer itself appear almost toy-like in nature, boasting a particularly plastic and inorganic sheen, as if you’re inhabiting the safe and secure world of a children’s playset.

Yet, dig a little deeper, and you’ll soon be able to find some adversity. Though perhaps not from the sources you would expect. Unlike other space-themed games like Elite Dangerous, Alien: Isolation, and No Man’s Sky, in Astroneer you’re less likely to die above an alien planet in a daring dogfight or with your face enveloped in the tentacled terror of alien spawn. Instead, you’ll probably come to rest in a quiet hole somewhere, wishing for the warm oxygenated comforts of home. To put it more bluntly, Astroneer is a game about homesickness and the feeling of isolation that emerges from being alone. 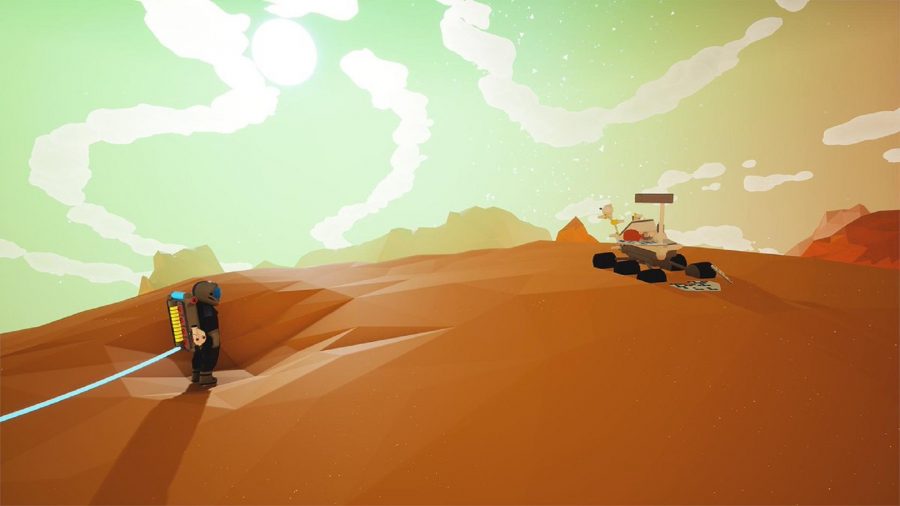 This is what makes Astroneer a more personal and introspective game about space travel than some of its contemporaries. While it has mostly been pitched to players as a fun, multiplayer sandbox game – a la Minecraft – playing Astroneer alone can be an extremely isolating and contemplative experience.

There are no visible political systems at play or giant interstellar conflicts to absorb yourself in. And no procedurally generated creatures to admire. Just your tiny nomad pitted against the vast indifference of space, trying to sustain itself against a tide of deadly obstacles in the name of progress and making the planet more habitable.

The game constantly reminds you of this removal, too. For every step you take away from your base in Astroneer, you need to prepare the correct number of oxygen tethers to ensure you don’t suffocate. And even then your best laid plans can still go astray. 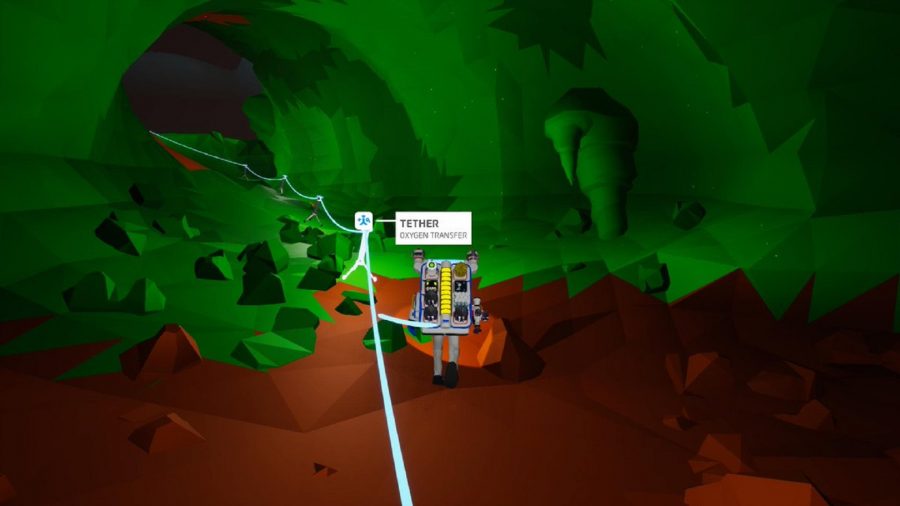 To give one example, I decided to explore beneath the planet’s surface using the terrain deformation tool and got separated from my oxygen supply. While my character started to choke, I frantically tried to find my bearings in the dark as alien flora erupted around me. Miraculously, I managed to escape the danger with a little bit of tunnelling. But the experience left me with a strong impression of just how inhospitable my surroundings were and how alone I was in my quest for survival.

One of the appeals of Astroneer is the ability to piece together components to build vehicles and spacecrafts to travel further afield. Exploration is vital for collecting resources, especially after you’ve thoroughly exhausted your nearby supplies. But it also has the effect of making every base you build feel transitory, as you never end up staying in one place for too long.

I recently returned to the game after the death of the Opportunity rover and doing so only strengthened my connection to these themes in Astroneer. For almost 15 years, the rover roamed the surface of Mars alone, leading to discoveries such as that the planet may have once held large bodies of water. When the rover failed to respond on February 13th 2019, effectively ending its mission, what followed was a public outpouring of grief across social media reminiscent of the kind you usually see in response to a famous celebrity dying. Some shared their condolences; others emphasised with the machine that had worked so hard, only to never see its home again.

Hungry for more? Dig into the best survival games on PC

Playing Astroneer, it’s hard not to feel the same for its titular explorer. After all, no matter how hard you work, there’s no end to your character’s toil and no prospect of ever returning home. Instead, your explorer must simply continue their research, creating makeshift bases out of whatever space junk they find lying about. It’s a tragic existence and one that many can relate to, in spite of its sci-fi slant. After all, who hasn’t felt alone at some point in their life?