The ROG Claymore has been in prototype form for at least the last millennia, but it now looks like Asus are getting ready to release their magnum opus mech switch keyboard.

Every gaming keyboard needs a buddy – check out our guide to the best gaming mouse to keep it company.

“The wait is almost over!” teases the post over on the ROG website with images of the final product finally coming to light. They’re hyping the Claymore up and, given it’s been floating around as a prototype on the peripheries of the peripheral world for around a year, they need to justify its lengthy time to market. As such Asus are promising a “completely new experience which no other keyboard offers.”

Ambitious. Maybe we’ll get a little finger-tip massage or maybe the keycaps will secrete caffeine to keep us going during long gaming sessions. Who knows? 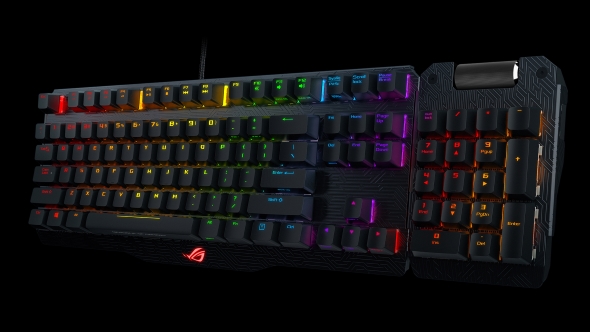 As a keyboard released in 2016 it obviously comes replete with a full swathe of RGB LEDs lurking under each and every keycap and etched logo (probably etched by lasers, because, y’know, lasers), but it promises to link up with every other Asus component you jam into your rig via the Aura Sync tech.

Essentially it lets you strobe across keyboard, mouse, graphics card and motherboard, to create a seamless rainbow of distracting colour. For when you just want to stare at your peripherals and PC rather than do anything useful on the screen. Like, I don’t know, play a game with your expensive components? 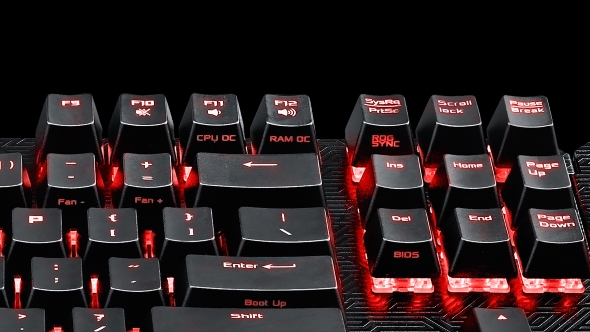 It will also link up with your Republic of Gamers motherboard’s BIOS to give you direct control of overclocking with secondary functions attached to some of the keys on the right hand side of the Claymore.

Asus have also given it a bit of a modular design too, allowing you to detach the numpad if you want to save a little space on the desktop. The numpad’s keys can be used as dedicated macro buttons and it’s also where the physical volume control lives too. But if you feel you can do without all that, or simply prefer the shorter board style, then you can go for the ROG Claymore Core edition which just gets you the main board. Though you can pick up the floating keypad separately if you find you’re missing those extra 17 keys. 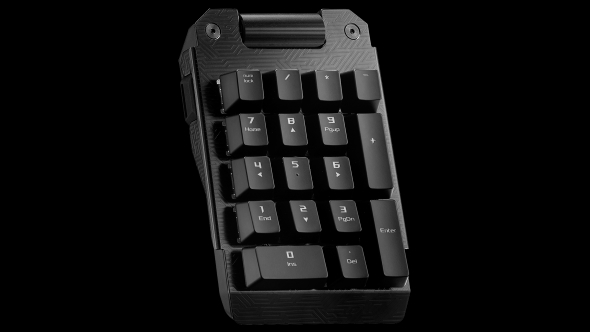 In terms of the keys Asus have used for the Claymore, they’ve taken the safe option and gone for the Cherry MX RGB switches. But safe as that may be the ROG Claymore is certainly not going to be cheap. Or even vaguely affordable. Reports are the Claymore will retail for over $200 when it does finally see a release.

Which should hopefully be very soon…